Home Motivation What in the world is a Twitter? A Little Help For My People
Motivation

What in the world is a Twitter? A Little Help For My People 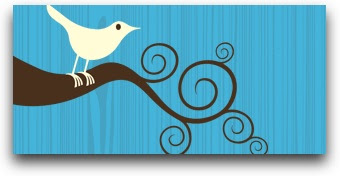 Don’t feel bad, I was in the same boat last year. I came across the social site when I read an article in USA Today about how rapidly it has been growing in corporate use. So I decided to sign up and it took me a day or so to understand what it’s about.

Basically, Twitter is no different than sending a text message or email to a friend except your number of characters is limited and it’s on a wider scale. To be more technical the website is described as “a service for friends, family, and coâ€“workers to communicate and stay connected through the exchange of quick, frequent messages. People write short updates, often called “tweets” of 140 characters or fewer. These messages are posted to your profile or your blog, sent to your followers, and are searchable on Twitter search.”

Ok, don’t let that frighten you off because it’s a great vehicle to connect with people, share information, and promote some of the things you or your organization is doing. There is even an influx of reporters using it during news broadcasts and President Obama used it to the max during his campaign.

It sometimes amazes me how growing up most of us never read instruction manuals to hook up a VCR, play a particular game, program a universal remote, change out a car stereo, compete in a board game or even work on a car. We just went in and learned by experimentation. (Warning: Don’t do that with your car now! Smile)

But my point is that we should take the same approach with these new online technologies and just jump into them! Shake off the fear. When you learn the basics, everything else becomes easy. Use the Help section, read through it one time and you will be ready.

So, give Twitter a try and when you join look me up at www.twitter.com/brotherjesse

What in the world is a Twitter? A Little Help For My People was last modified: July 6th, 2015 by BJ Blog Staff
retweettweetTwitterwhat is twitter

The Blacker the “Blog”, the Sweeter the Truth: Jasiri X Launches New Blog

A Motivational Moment: “The Chicken and The Eagle Story”

Mental Violence: The power of a word to destroy the spirit of love

“On the Hill” with Akilah: Love and Fidelity

CHILDREN OF THE MOST HIGH: The Divine Value of Mother’s Milk