Home Motivation Updates #1-3 In Search of My Father Series: Meeting with four out of the five daughters Earl has in Houston
Motivation

Updates #1-3 In Search of My Father Series: Meeting with four out of the five daughters Earl has in Houston

Series by Jesse Muhammad
(This is the first of many updates in my search for the truth about who my biological father is. For those hearing about this for the first time, please read my first blog about it here: Can GG Help Me Find My Father?)
I got a call on the morning of September 7 from my older sister, Alicia Jackson, with some good news and a blessing. The previous night, around midnight, she ran into one of the daughters of Earl at a WalMart in Houston. Whoa!!! Her name is Deniesha Johnson and she happened to be one of Alicia’s former students at M.B. Smiley High School in Houston. What are the chances, huh?I was then told that Earl has five daughters. And if I am his child, I would be his second son and I would be the oldest out of all of us, I think. Deniesha gave Alicia their phone number to reach them. I decided to call them….and I did. It’s interesting to note that this day was America’s Labor Day Holiday and on September 4, 1978 when I was born, it was also that same holiday.


I called and asked for Deniesha, who had joy in her voice to hear from me. Me too! Deneisha and I discussed possibly meeting in person for the first time later on that day. Then I asked where Earl was and she handed him the phone. The phone call felt “funny” because the first thing he said was “Its been a long time, son“. Then we asked one another “How are you doing?”. I then expressed to him that I wanted to talk to him about something. He agreed. The call ended. My first time talking to him since 1997.

Deniesha told me that she would be in the area where my grandmother resides so I was anxious to see her. I didn’t know if anyone was coming with her. I saw this as a big first step. She then called me and asked for directions to my grandmother’s home. And 15 minutes later she arrived. And she came with three other daughters of Earl….potentially my sisters. One of them was at work. They are so beautiful. We talked for about an hour, took photos together, exchanged contact info and we all agreed to meet up again real real soon with Earl present to discuss this endeavor we have taken on.

Wow, what an experience it was to meet Deneisha, Tiffany, Brittney, and Crystal!

Also since I posted that blog on GlobalGrind.com, I have received so much advice via comments, Twitter, Facebook, emails, etc and I am recording it all. Because the other side of this story is I am in search of Joe’s historical records because he may be the father. I will be heading to the Department of Vital Statistics in Austin on Friday (September 11) with my mother to obtain Joe’s birth certificate.

P.S.: My mother, Ms. Mavis Jackson, has posted her first comment about this blog. Show her some love please. Go to: Can GG Help Me Find My Father? 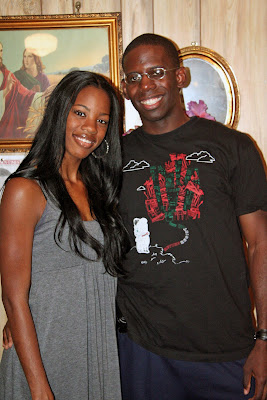 (Crytal Johnson and me)

(Tiffany Johnson and me) 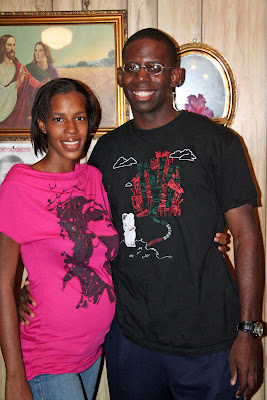 (Brittney Johnson and me) 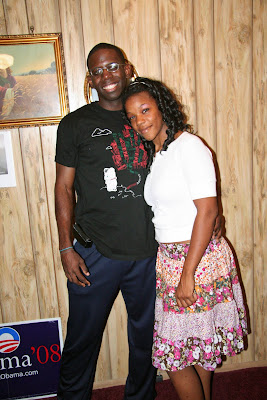 (Deniesha Johnson and me)
Updates #1-3 In Search of My Father Series: Meeting with four out of the five daughters Earl has in Houston was last modified: July 14th, 2015 by BJ Blog Staff
Brother Jesse Muhammaddaughters of Earlfather search

CHILDREN OF THE MOST HIGH: She Screened Herself

Responsibility is a Lifestyle: Itâ€™s Time to Bury Da Beef

CHILDREN OF THE MOST HIGH: A Good Name is Better than Gold

Branding and Marketing Yourselfâ€¦THE WORLD IS WAITING FOR YOU! (PART 2)

Dreamkeepers Award from the Black Heritage Society….I’m honored and humbled.

CHILDREN OF THE MOST HIGH: Arranged Courtships