When I first saw this cover of the recent edition of The Final Call newspaper, all I could say was “These people going crazy!!”

Look at the poster the White man is holding up that has President Obama portrayed as the comic book character The Joker. Are you surprised by all of this hate? I am not. The mask of civility is coming off and it is only going to get worse. A house divided against itself can not stand, so says the Bible.

I went inside and read the cover story by Final Call National Correspondent Charlene Muhammad titled “‘Mean spirited, vicious racism’ comes to surface during debates about president and U.S. politics”. She interviewed some great scholars for this piece.

Since President Barack Obama signed the landmark health reform bill, the split between Americans, extreme right wing opponents and supporters of the legislation and ideologues, has widened, but many say this division is rooted in racial hatred, rather than health reform.

Racist and hateful acts have been carried out by supporters and those whose ideology reflects the Tea Party Movement, considered to be anti-tax, anti-government and anti-Barack Obama. [READ MORE]

Sister Charlene also quotes the Honorable Minister Louis Farrakhan from a recent three-hour interview he did with Cliff Kelly on WVON on March 24. Minister Farrakhan said:

“We’re in now a second phase of Reconstruction because Black governors now are being turned out. A Black president, they hope, will be a one-term president should he last four years and Black mayors, Black elected officials are being taken out of office. And when the cry comes up, they should be hounded out of town and out of office and hassle them, then the country is in for an explosion and all it needs is a spark and the people will arise and blood will be in the streets of the United States of America,”

It could be me, but it seems like Minister Farrakhan is the only man on the scene giving insight and warnings like this about what is going on right now and what is ahead. I listened to that entire three-hour interview he did with Cliff Kelly and did live tweeting. It was an interview of enormous magnitude and Final Call Assistant Editor Ashahed M. Muhammad was sitting right in the studio. He then wrote a report in this recent edition of the paper in the article titled “Minister Farrakhan delivers guidance and stern warnings during three-hour interview” 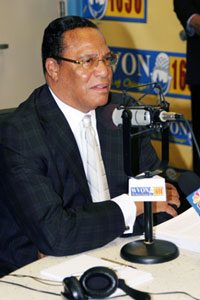 The Minister wasted no time commenting on the rancorous controversy and dangerous climate that exists surrounding Pres. Barack Obama with an insightful analysis of what the Minister described as a â€œPyrrhic victoryâ€ regarding the health care reform billâ€”meaning, despite the win, the victor was devastated during the battle.

â€œIt was a victory in one sense, but great loss in another because you have 13 or 14 states desiring to repeal this law, and you have the vitriol, and the manifestation of hatredâ€”because President Obama is viewed and is being demonized as a Socialist, and even as a Hitler,â€ said Min. Farrakhan. â€œI called it a Pyrrhic victory, because even though Mr. Obama won one of the greatest things of his young presidency, something that America has been desirous of for many, many decades, yet, at the same time of the victory, there’s a splitting of the country.â€ [READ MORE] 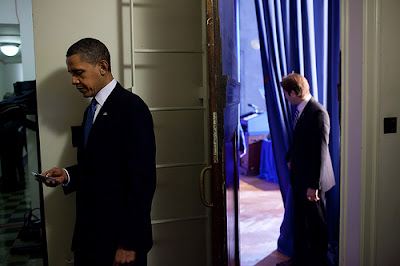 This is why I love The Final Call Newspaper. You won’t find hard-hitting truth like this anywhere else. One last point. Did you catch the replay of the Tavis Smiley Black Agenda forum on C-Span on March 29? If so, you might have noticed that this station had what they called “technical difficulties” every time Minister Farrakhan’s part came up. Was it really “technical difficulties” or planned by those who own the network? My vote is the latter.

But no need to fret….well scratch that! You should let C-Span know about your displeasure. We have the full video on the Final Call website for you to view without edits. Also Final Call Editor Richard Muhammad provides us with a detailed account of what Minister Farrakhan said in his article headlined with the words ‘Looking to the wrong people to fulfill our agenda’ 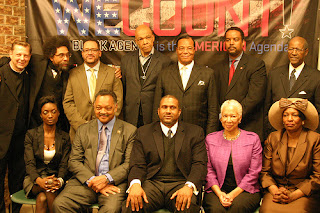 The subject of the day was whether President Barack Obama ought to be presented with a Black agenda and the Black scholars and heads of institutions and organizations agreed that an agenda was needed and appropriate, but the Honorable Minister Louis Farrakhan offered definition and wise counsel:

â€œAn agenda is a program, a schedule, a timetable, a plan, a scheme to accomplish a certain result. We have come up with Black agendas, but we’ve been looking to the wrong people to fulfill our agenda,â€ he said as the packed crowd at the Emil and Patricia A. Jones Convocation Center exploded into applause.

The cry of jobs and justice has been longstanding and unanswered, the Minister noted.

â€œHow long are you going to sit around begging White people to do for us what we have the power to do for ourselves,â€ he thundered as the audience roared its approval March 20 and as other panelists stood and clapped. â€œOur brother (President Obama) is brilliant. He has a good heart. I think he really loves America and wants to make America better. â€¦ He has the heart to want to make America better, but he’s like that camel in the Qur’an that God warned the people: Don’t hamstring his camel. They didn’t care what God wanted, they hamstrung the camel. They didn’t care what God wanted!â€ [READ MORE]

Its The Final Call….where do you see your country headed? Please comment.

Death Row Inmate: “The Final Call newspaper helped to save my life”

Is Hurricane Ike the next Rita or Allison? Preparation is Critical!