With the major collapse on Wall Street, it seems as if the attention of the world media has shifted almost immediately in a flash and now the reports on the Aftermath of Hurricane Ike have been placed on the back burner on some news stations. But instead of us getting angry or complaining about it we should take the advice of hip-hop journalist and activist Davey D when he spoke against those who point fingers at mainstream media for not reporting what we want to see. He stated:

“If we don’t like what they did, in the age of You Tube, camcorders, reality shows and independent film festivals in every city-DO YOUR OWN.. It doesn’t have to be a big production”

With that being said, this blog is a testament that we can tell our story and touch thousands of people. Many people have been emailing me their pictures and experiences with Ike, which I will post soon on this blog.

On that Sunday, September 14, after leaving Third Ward, I headed over to the Northside of Houston and there was still flood water on Tidwell Road that I had to ease through. The landscape of the ‘hood was devastating. This is the area where I grew up in and went to school. Apartment complexes were tore up, churches had trees through their roofs and local businesses were ripped apart. That side of town was eclipsed without power. (this picture below of a Northside resident is by Darnell Muhammad) 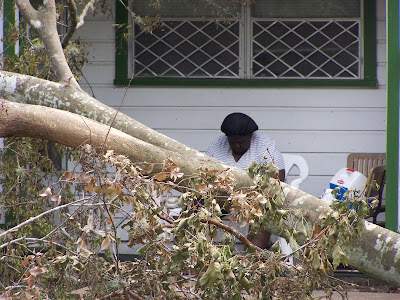 By this time I had driven around taking pictures so much that I was almost at a 1/4th of a tank of gas and there were NO gas stations opened within the city limits. But I headed over to see my sister and mother who stayed back during the storm. My sister’s back yard was torn up and the steel house in the back was folded like aluminum foil. (see picture below) It was a blessing that my mother, sister and other family members are still living. My mother described the sounds of the wind as “strong and frightening” when Hurricane Ike entered city limits. We then rolled over to my grandmother’s home and she was in great shock still because the huge tree that had been sitting in her front yard for decades was uprooted and knock over into the street. “Thank the Lord Jesse it fell the other direction!” she said to me as we hugged for the first time post-Ike. MAAN my family and I have taken countless pictures in front of this tree so she took her last shot in front of it that day. On a lighter note her Obama yard sign never wavered and she said to me “Maybe YES WE CAN, means we can overcome this storm”….(see pictures below of my grandmother and her house) 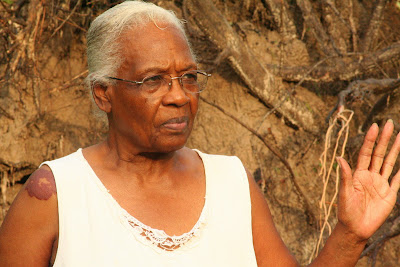 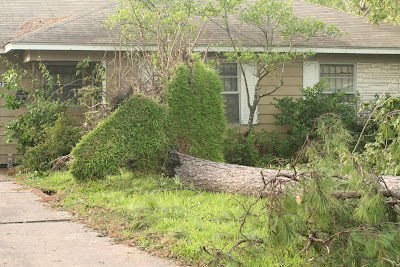 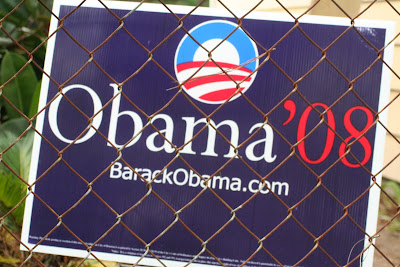 It was getting close to sundown which meant the neighborhood was about to be pitch black plus the city enforced a strict curfew starting at 9 p.m. which meant I needed to hit the road back to Austin by 8 p.m. I went by my mother’s home and she had major power lines hit by trees along with her car port being knocked down. ( see trees in her back yard below) 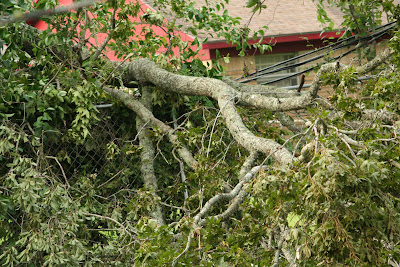 Now the challenge arrived. Where would I get gas? I hit the 59 South Freeway and every gas station I passed by was closed. I then took 610 West which eventually turns in 290 West. No open gas stations in sight. No exaggeration, I literally passed about 20 of them. (the picture below is me driving down the highway) 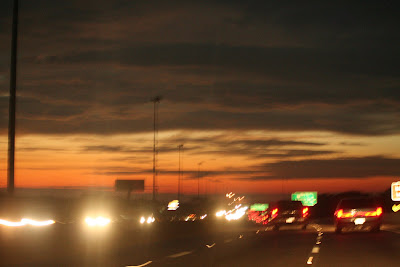 Then I got to Jones Rd/290. There were alot of people in line at two stations but they were waiting on tankers to come back and fill the station up. That line stretched for miles! (see below) 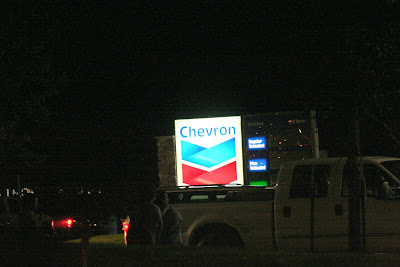 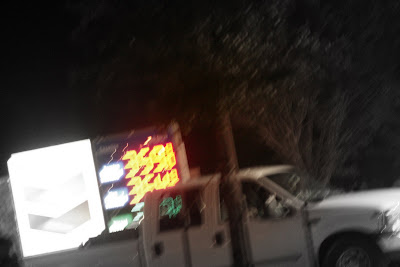 I finally made it to Prairie View, Texas which is 45 miles away from Houston on less than a 1/4th of a tank of gas! I sat in line at Love’s gas station for over an hour to fill up my tank. Why did it take so long? Because not only were people filling up their vehicles but they were filling up at least 5 gas cans each as a back up supply. There were also people arguing over pumps and nearly starting several altercations. I filled up….bought some juice and headed back to Austin.

Once I got back to Austin, I ran into some Houstonians who had driven all the way from Houston just to fill up in Austin so they could maneuver back in town. People were even on the edge in Austin buying up survival supplies because they thought outsiders would buy up everything…so needless to say Walmart & Home Depot here in Austin has been packed unusually everyday.

More reports coming…until then here are some more photos of what you may not have seen on television. 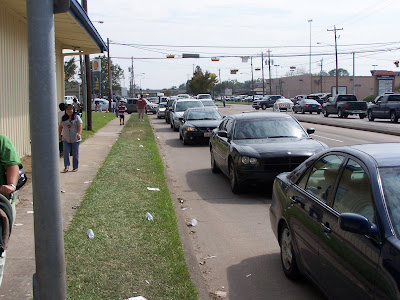 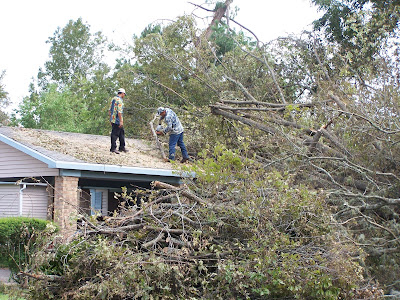 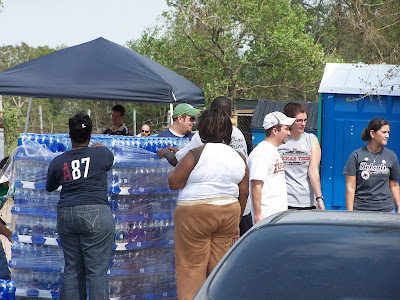 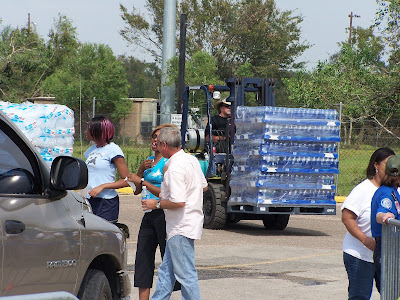 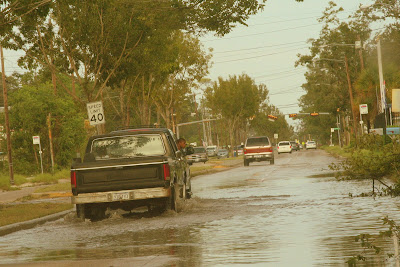 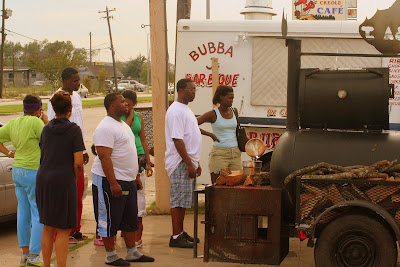 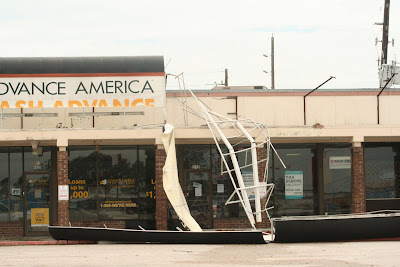 600 Killed in Haiti In Three Weeks by Ike, Gustav and Tropical Storm Hanna

New Black business app is on the scene

Exclusive Interview with Tony Muhammad: The Hidden Enemy and the Plot to Kill Black Boys