Report and Photos by Jesse Muhammad

On Sunday, September 14, I drove back to Houston from Austin which was 24 hours after Hurricane Ike ripped through my hometown. I wanted to check on my family members who remained back, investigate any damages to my home, visit with members of Muhammad Mosque No. 45, check out our Mosque property and of course I wanted to take pictures along with interviewing storm victims for the Final Call Newspaper. (pictured below with a fallen tree) 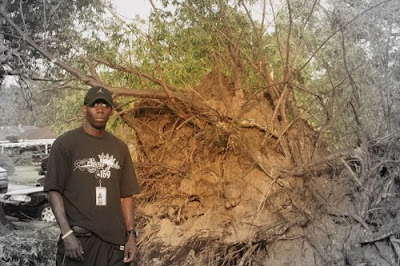 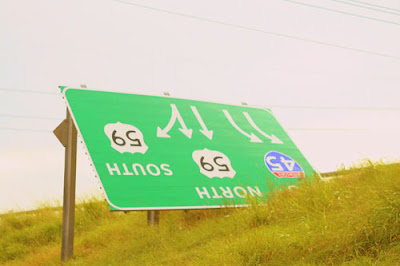 I filled up my tank before leaving and I was planning to fill up several gas cans and place them in my trunk. But I was rushing and FORGOT! Can you believe that? And I didn’t think about it until I got half way down 290 East. Boy I knew that was going to present a problem later on. In route to Houston, the traffic was moving swiftly but the gas stations were packed and lines stretched for miles. I even personally witnessed a fight at one station at a gas pump! Once I got into the city, the destructive sting of Hurricane Ike was no mystery. I immediately lost my cell phone signal, all tollways were FREE of charge, and people were packing highways trying to go in the opposite direction. (mosaic collage below) 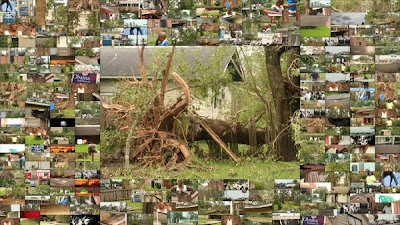 Within my subdivision in Missouri City, Texas, thousands of tress were prostrating, split in half, or sitting in the middle of the road. Just about every home lost their fence. My personal home is still standing and the backyard (pictured below) looks like a war zone…but no major damages at all. And no electricity, so it was super hot in the house. 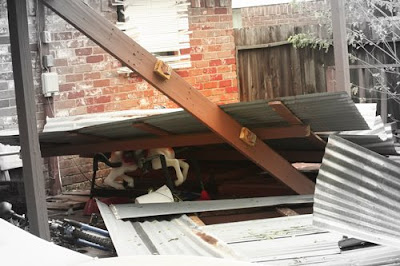 I then headed over to one of the hardest hit areas in the city. That’s 3rd Ward. So many damaged properties and huge trees were UPROOTED and landed on homes. Schools and popular local businesses were hit hard by the 100+mph winds. The famous Mac Gregor Park (pictured below) has shattered trees everywhere…who knows when we will get to gather there again anytime soon. 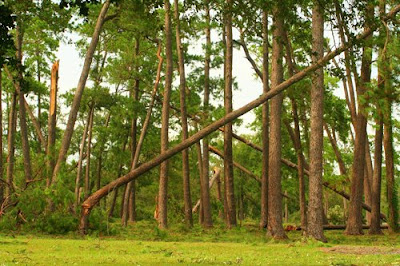 In a rare move, I had my radio on 97.9 The Boxx (I’m not a radio listener) and they were calling out the locations for gas stations that were refilled because gas was completely out within the city limits. People were panicking and sitting in line for over a hour just to fill up their gas tank. Gas stations were wrapped in yellow tape like a murder had taken place. (see pictures below) 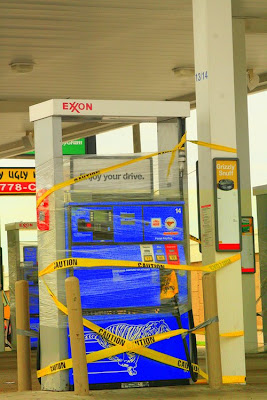 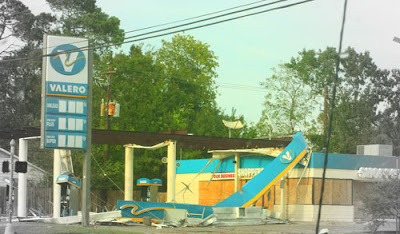 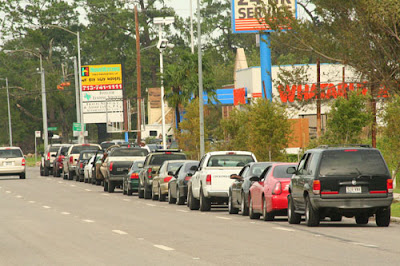 I drove up and down the streets shooting hundreds of photos and interviewing people. I shot some video coverage as well, that I will be posting to my blog real soon. I made it to the grounds of Muhammad’s Mosque No. 45 (Pictured Below) and there were two huge trees that fell in the back yard by our Regional House and in our neighbor’s yard, minor single displacements, but no major damage. Tons of debris to clean up too. Our sign was knocked down and bent up. But we may be able to host our first meeting post-Ike this coming Sunday. (See Pictures below) 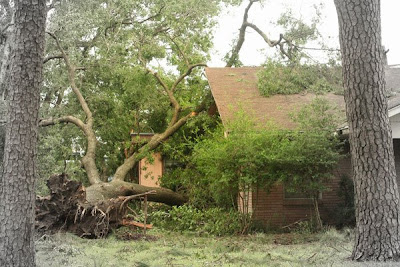 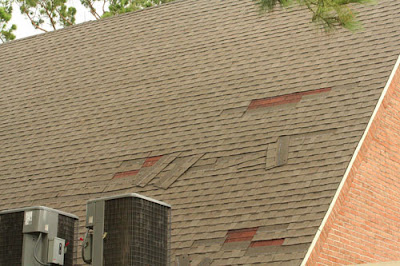 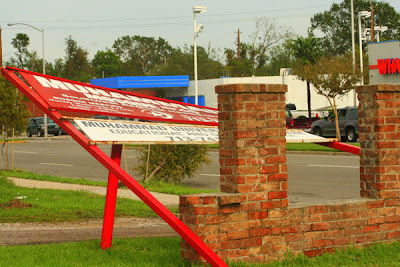 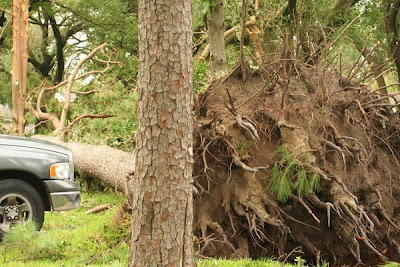 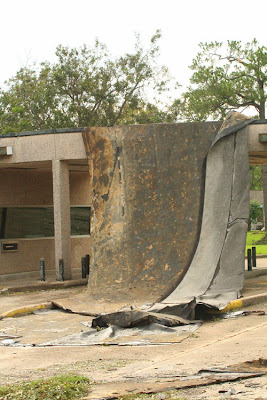 I then headed to the Northeast side of Houston, which looks just as bad as 3rd Ward. In Part II, I will describe that experience plus how I almost ran out of gas heading back to Austin! (yes, it is true.)

Here are a few more of my photos. ***IF YOU HAVE A STORY TO SHARE LEAVE ME A COMMENT***EMAIL YOUR PICTURES TO: 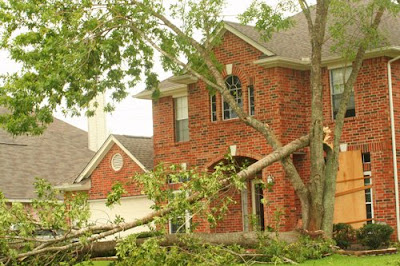 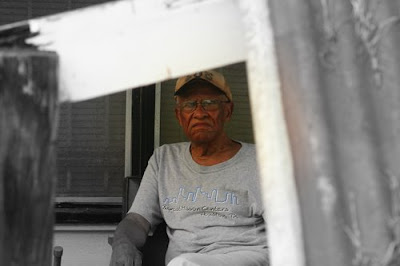 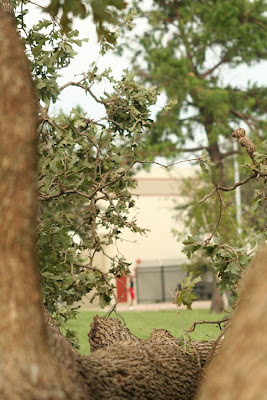 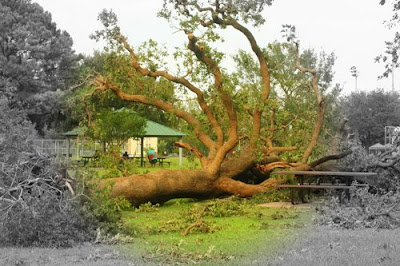 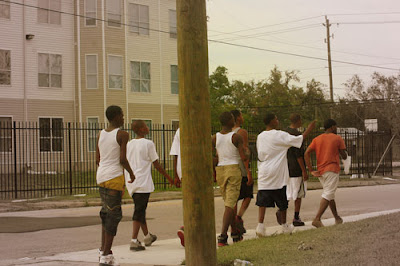