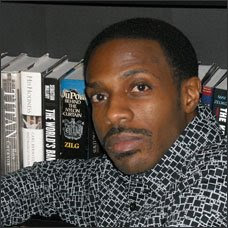 (Cedricmuhammad.com) The recent debate over whether boxing and even professional wrestling are going to be ‘replaced,’ by mixed martial arts (MMA) is an important subject with me – not just because I am a fan of all three, but because it gets into a concept in business and marketing called substitution that I devote an entire chapter to in my forthcoming book on entrepreneurship, and another called matchmaking, which my friend Reuven Brenner considers to be one of the four fundamental elements of any commercial society (You can learn more by subscribing to First Things and reading his seminal ‘The Rule Of Law and the Wealth Of Nations’ at: http://www.firstthings.com/article/2009/07/the-rule-of-law-and-the-wealth-of-nations)

This topic also relates to one of the saddest chapters in the history of Black music and small business which I also detail in my book – the decline of the independently owned record store, aided and abetted by their own ignorance and disunity, the Recording Industry Association of America (RIAA), the major music chains, the FBI and local police departments, and a host of other sorted characters.
Those of us who lived through it will never tell the half of it.
This is all quite a lesson in the science of business, so let’s get to it in that context.
I had such an incredulous smile on my face last week, when I read the short article in last week’s Financial Times, entitled, “iTunes Push Aims To Recreate ‘Heyday of the Album'”. You know what I mean, the kind of smile you have when you know someone is desperately trying to fix something but doesn’t know what they are doing. You feel that (some might say sick) mixture of some sympathy, even pity, a sense of humor, and whatever that ‘oh well, nothing I can do about it’ feeling is called.
I washed my hands of the matter – trying to explain why album sales died down, and what could be done about it, where the Hip-Hop genre was concerned, in 2003, after a conversation with Russell Simmons. If he could understand what I was saying, but still find not find the strength to do anything about it, I realized probably no one inside of the music industry would.I then privately took my efforts to the streets and political circles, with only slightly better results.
To read more visit: http://www.cedricmuhammad.com/the-death-of-the-matchmaker-first-music-albums-now-boxing-pay-per-view/
The Death Of The Matchmaker (First Music Albums, Now Boxing Pay-Per-View) was last modified: July 14th, 2015 by BJ Blog Staff
Brother Jesse Muhammadcedric muhammadeconomistThe Rule Of Law and the Wealth Of Nations

History made: The confirmation of Sonia Sotomayor is official!

Minister Louis Farrakhan on Hillary Clinton: ‘The Wicked Witch of The West’

The Psychology of Arrogance, Vanity and Envy

One Reason Why I Cannot Say Black Leadership is DEAD

CHILDREN OF THE MOST HIGH: Bedtime Stories

The Long Stomach State? Obesity could cost Texas billions by 2018