Call them social revolutionaries, freedom fighters or trouble makers, but to the Texas Southern University students who defiantly marched over a mile to a grocery store lunch counter to initiate Houstonâ€™s first sit-in, they were just ordinary people who wanted to be treated like citizens. Their story of courage and struggle, like TSU’s story, is one we should not soon forget.

Some would simply paint the TSU students as agitators, but I would argue that they were modern day American heroes who championed civil rights and played a vital role in silencing Houstonâ€™s Jim Crow laws. Jim Crow was a phrase used to describe a system of Southern laws that denied blacks basic rights. These laws were strongly enforced between 1896 to 1964.

With little more than a burning desire for immediate social change, these young justice seekers began a crusade on Friday, March 4, 1960 to protest the unfair treatment of Houstonâ€™s African-Americans.

From a flag pole on TSUâ€™s campus 13 students that grew to 17 met. They lined up in pairs and marched 45 minutes to their destination — 4110 Almeda Road, Weingartenâ€™s Supermarket. As the students marched, they sang several black spirituals and other young men and women along the path joined in their crusade for justice and equality. They arrived at 4:30 p.m. with a simple objective â€“to be served at the lunch counter. However, for hours the students sat quietly—never to be served.

However, just as American soldiers stand at the ready on the frontline staving off impending international threats to the preservation of the civil peace that Americans hold so dear today, the TSU students stood undaunted by the barrage of racially charged insults flung at them like shrapnel filled grenades.

In their make shift â€œwar roomâ€, the students mapped out their plan of attack against Houstonâ€™s Jim Crow laws.

â€œThe war room was usually someoneâ€™s apartment, like Eldrewey Stearnsâ€™. This is where we planned out activities,â€ said Otis King, the city of Houstonâ€™s first African-American attorney and desegregation organizer. â€œWe felt at last, we had an opportunity to do something about the issues that had been troubling us for so long.â€

Many attribute the initial success of the movement to Eldrewey Stearns, who was a TSU law student. He became deeply passionate about desegregating Houston after he was stopped by a Houston Police Department officer in August of 1959, placed in jailed and severely beaten.

â€œEldrewey Stearns had a brilliant mind,â€ said Bland, one of Houstonâ€™s first black transit employees. â€œHe put all of this [sit-in strategies] together.â€

However, unlike many of his contemporaries who went on to become successful professionals, Stearns became lost in â€œthe causeâ€ and succumbed to a mental illness.

â€œThe movement actually stole the brother that I once knew,â€ said Shirley Stearns, Eldreweyâ€™s sister. â€œBut we are so proud of him because he gave his life to the movement. I donâ€™t want anyone to forget that.â€

Damaged but not broken by bipolar disorder, Stearns, who now resides in an assisted living home in west Houston, vividly recounted the movement. [READ MORE]

(Serbino Sandifer-Walker is an awarding-winning journalist and journalism professor at Texas Southern University. For more about the TSU student movement go to www.houstonstudentmovement.com) 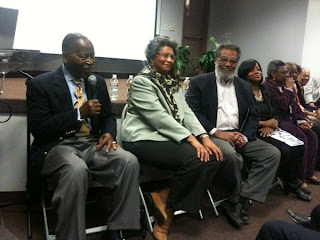 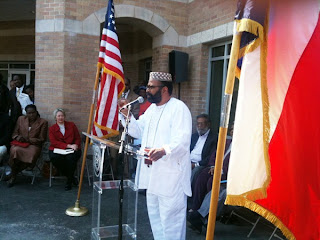 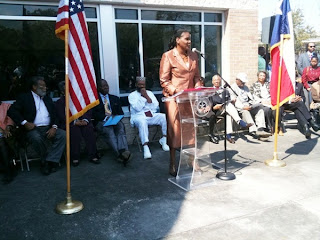 On March 14, I was presented with a community service award by Dee Dee Murray, the Executive Director of T.I.’s KING Foundation for assisting in the organizing of the Responsibility is a Lifestyle: Give Back Your Gun Day at Texas Southern University in Houston.

It was an honor to receive this award and it serves as motivation to increase the work. I thank the Honorable Minister Louis Farrakhan, for without that man I would not have found my true purpose in life which is to serve others with my gifts and talents. Don’t ask what must be done…Get up everyday and BE the change.

I was blessed with the opportunity to be one of the co-coordinators of the Responsibility is a Lifestyle: Give Back Your Gun Day on March 14 in partnership with Rapper T.I., the K.I.N.G. Foundation,Political Swagger.com, the C.H.A.N.G.E. Initiative, Houston City Councilmember Johnson and many others. 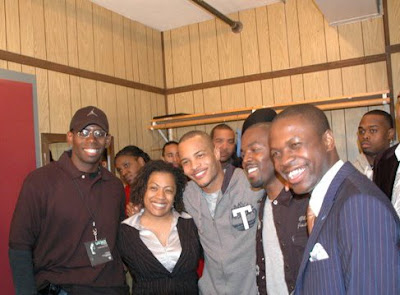 This event was pulled off in one week. It showed me that when one eliminates excuses and joins forces with groups in your community like the Houston Crime Coalition, you can do great things in a short time. Hundreds of people came out to Texas Southern University on one of the rainiest days of the month to not just see T.I. but to hear positive messages and go to work to build our communities.

I will be posting more pictures and more detailed coverage of this event real soon and plus in an upcoming edition of The Final Call. I am seen pictured above with (r-l) DeeDee Murray (Executive Dir. of the K.I.N.G. Foundation), Rapper T.I., Music artist Radiant Amar(Co-Founder of the C.H.A.N.G.E. Initiative) and Brother Hasaun (Co-Founder of the C.H.A.N.G.E. Initiative).

The work continues….Let’s Be The Change.