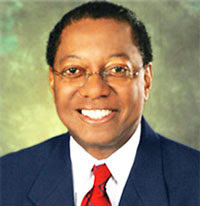 (FinalCall.com) – Amid the ongoing federal investigation into the actions of the New Orleans Police Department during Hurricane Katrina, Baton Rouge, La., is now on the radar for alleged harassment of Blacks seeking to escape the flood waters.

In reports released by the Baton Rouge Police Department, statements made by state troopers from New Mexico and Michigan accuse Baton Rouge officers of discrimination, illegal searches and using unnecessary force towards Blacks in the days following Katrina.

The out-of-state troopers were called in to assist with patrolling in September 2005 and after being pulled from duty wrote letters complaining that Baton Rouge officers were under direct orders to â€œmake life roughâ€ for New Orleanians seeking refuge in the city.Baton Rouge Mayor Kip Holden, who is Black, is publicly defending the actions of the officers.

â€œI was not going to let Baton Rouge be overrun by some people from New Orleans who were hell-bent on committing crimes,â€ Mayor Holden said according to The Advocate.

â€œIf there’s a blame to be placed on aggressive enforcement, blame it on me,â€ he insisted.

The mayor further declared that his overall plan for those he labeled as â€œthugsâ€ was for them to have shelter in â€œa jail and not at the Red Cross.â€

According to incident reports first obtained by the Baton Rouge-based Advocate newspaper, New Mexico troopers complained of unnecessary harsh treatment of prisoners, the use of inappropriate language, including calling Blacks â€œanimals who needed to be beaten down.â€ One Baton Rouge officer is quoted as stating, â€œI don’t agree with it, but as long as my Captain tells us to harass these peopleâ€”I’ll do my job.â€

Nation of Islam student Minister Willie Muhammad of New Orleans and his family lived in Baton Rouge for nearly a year after Katrina and he heard the complaints of members of the Black community.

â€œThis so-called aggressive policing was the mayor’s way of making sure he protected the interests and eased the fears of his White constituency who voted him in. Since he is willing to take the blame, I hope he does not run when the lawsuits start coming in as well,â€ said Mr. Muhammad to The Final Call.

BatonRougePolice Chief Jeff LeDuff denies giving orders to run evacuees out of town but is defending the actions.

â€œWe had a charge to hold the line and balance this city and keep it from being overrun and looted and fired upon,â€ said Chief LeDuff to The Advocate.

â€œThis is a shame that two Black officials are pretty much justifying these corrupted orders given to harass us during Katrina,â€ said Linda Washington, who evacuated from New Orleans during Katrina and now resides in Houston.

by Jesse Muhammad for The Final Call Newspaper

(FinalCall.com) – Within weeks of the Crescent City celebrating a victory in the Super Bowl, one of its former law enforcement officials pleaded guilty to covering up a deadly shooting during the devastation of Hurricane Katrina.

The Federal Bureau of Investigation (FBI) has initiated further probes into several shootings amid charges of plots and cover-ups inside the New Orleans Police Department.

On March 4, the FBI announced that it has opened up several cases since Lt. Michael Lohman, who retired from the department in early February, confessed in federal court that he participated in a conspiracy to justify shootings of six unarmed flood survivors after Katrina on the Danziger Bridge.

â€œTheir (officers) jobs are to help individuals and protect us, not to hurt us. Sadly, sadly, we come across in the course of our work here … officers who violate their oaths of office, who occasionally violate their duties, violate their commitment to serve the public. And we take actions against those individuals wherever they violate federal law. We will continue to do that,â€ said U.S. Attorney Jim Letten, during a news conference on Feb. 24 following Mr. Lohman’s plea.

Mr. Lohman, who pleaded guilty to conspiracy to obstruct justice with fellow officers, says he falsified police documents to impede the investigation, failed to order the collection of evidence, engaged in misleading conduct to skew truthful reporting, plotted to plant false evidence, and lied to investigators who were probing the activity of the New Orleans Police Dept.

â€œFour and half years later is too late. I was saying this was true back then but nobody wanted to listen. Justice delayed is justice denied,â€ Malik Rahim told The Final Call.

Mr. Rahim heads the grassroots group Common Ground, which to date has serviced half a million Katrina survivors via its health clinic. â€œIt’s sad that it took these White folks to keep a case like this alive. Every African American leader should be ashamed of themselves because there was no outcry when we said this four years ago. It’s a shame.â€

In an upcoming edition of The Final Call look for a follow up to this report regarding a guilty plea made by another NOPD officer in this same cover up plus insight from former Orleans Parish D.A. Eddie Jordan who originally took this case to a grand jury four years ago. I am also taking a look into the alleged framing of Jamil Joyner at the hands of the NOPD during Katrina. Keep reading the Final Call!