Today, January 12, marks the one year anniversary of the deadly 7.0 earthquake that brought destruction to Haiti, the poorest nation in the Western Hemisphere. Hundreds of thousands left dead. Over 1.5 million still homeless.

Billions of dollars were pledged and raised from across the globe to aid in the recovery. However, what happened to the money?

In the recent front page report in The Final Call newspaper, headlined “How the World Failed Haiti,” the article states:

Over 50 countries initially pledged an excess of $8.75 billion in humanitarian aid but less than 15 percent ($686 million) of that has arrived….

Besides the thousands of charity groups in the country, two major forces, the Red Cross and the United Nations peacekeepers, have also come under fire.

The Friday Haiti Relief Coalition based in New York has been protesting for months against the American Red Cross and other non-profits for holding on to millions in donations collected for Haitian relief efforts.

According to the Disaster Accountability Project’s One Year Report On The Transparency of Relief Organizations Responding to the 2010 Haiti Earthquake, the American Red Cross has raised $479 million for relief and recovery but is on track to spend only $245 million by Jan. 12.

In a statement on January 11, President Obama said, “The international community must now fulfill the pledges it has made to ensure a strong and sustained long-term effort.”

To add to this, the worst cholera epidemic in the last century has impacted over 122,000 people, killed nearly 2,600, yet is preventable.

According to another Final Call report, cholera is described as a “water-borne malady causes dehydration, diarrhea and too often death…”

Access to clean water is critical right now. What can we do?

The Honorable Minister Louis Farrakhan and the Nation of Islam purchased a Mobile Max Pure solar generator that purifies water. The $120,000 unit reportedly has the capabilities of pumping and purifying an estimated 30,000 gallons of water a day.

There are already five Mobile Max Pure solar generators inside Haiti and the Nation of Islam will be providing the next one. The Muslim group is hopeful that other religious institutions, civil rights groups, and those who can afford it individually, will find it in their heart to invest in this water purifier to save lives and give hope.

Read the full story and how your group can get involved at: “Nation of Islam purchases water purification unit for Haiti”

This is something we all can do right now.

Dr. Abdul Alim Muhammad returns from an 8-day mission in Haiti…..watch his video!

The Nation of Islam’s Minister of Health Dr. Abdul Alim Muhammad has safely returned to the United States after an 8-day mission in Haiti. Below is a video he posted on his blog Life Abundantly.

Dr. Alim says “Here is video of some of the destruction of the government buildings and infra-structure that has virtually shut governmental operations down. They were not all that good before the quake. Now they are almost none existent.”

“Foreigners, some well meaning, others not, are swarming all over Haiti and the people are suffering horribly. The video was shot by me from a moving car on my second day in Haiti a week ago,” he said.

Be sure to follow Dr. Alim’s blog for more reports.

Watch this footage of the destruction caused by the earthquake:
http://www.youtube.com/watch?v=f36u0IE6HS8 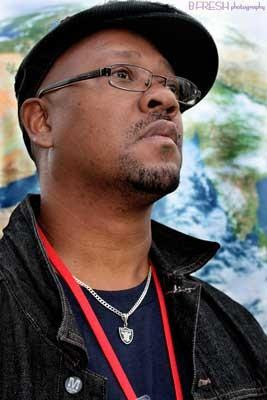 With Wyclef Jean already leading the charge, Hip-Hop is about to take a unified stand for our suffering people in Haiti.

The devastating earthquake two weeks ago has left over 200,000 dead and over one million displaced.

Hip-Hop 4 Haiti is going to be a National Day on January 30, 2010 where each city youth & hip hop community will host an event to collect donations for Haiti. The idea for Hip-Hop 4 Haiti was conceived by Queen Yonasda, the granddaughter of the Honorable Minister Louis Farrakhan and is also a powerful Hip-Hop artist. The idea has now erupted into the participation of over 32 U.S. cities and also Costa Rica.

So with the help of Xpoz Magazine, BEA inc, Peace Fest, Dominion Harvest Christian Church,and Veterans Hospital’s Black Employment Program,Millions More Movement and the Institute of the Black World this has become a national day of service.

Hip Hop 4 Haiti promo Video
The movement of Hip-Hop 4 Haiti has also joined forces with the Hip-Hop Caucus that is spearheaded by Rev. Yearwood and their organization Hip-Hop Help Haiti (www.hiphophelphaiti.org).

“In this time of need we must join together within the Hip-Hop community to help re-build and save a nation. The Hip-Hop Help Haiti organization is already in place and geared towards building Haiti to the beautiful nation it is destined to be,” says Queen Yonasda, who will be headlining the event in Phoenix.

According to their website, the staff of AllHipHop.com will be joined by Styles P, Naughty By Nature, Saigon, and NY Oil for the New York event.

In Houston we will be hosting an event at the headquarters of The Black Cross Relief Initiative (2417 Riverside) starting at 2:00pm. Performances will be made by Houston Hip-Hop artists such as K-Rino, 144 Elite, Willie D, The Screwed Up Click, Real Thoughts, and more. Free Haitian food will be served. Most importantly we will be collecting medical supplies, toiletries, tents and funds as well to support the relief efforts of The Black Cross as well as The Haitian American Ministries headed by Sister Mawaiyah.

Join the movement, support your local event and spread the word! For more information go to: www.hiphop4haiti.ning.org 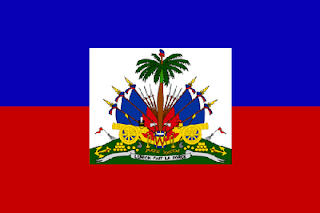 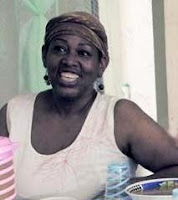