Hurricane Harvey Warning: What did Hurricane Katrina show us about the Red Cross and FEMA?

Alton Sterling Storm: Major flooding devastates Louisiana, could it be connected to injustices perpetrated in the state?

NEW ORLEANS— It’s being called the “Great Flood” of 2016, and it’s not over. The images over Louisiana’s capital city, located about an hour from New Orleans, are reminiscent of the aftermath of Hurricane Katrina that hit the Gulf Coast over a decade ago. A hurricane without the winds is how residents of Baton Rouge are describing the catastrophic storm system that produced more than two feet of rain within 48 hours causing over a dozen deaths and at least 40,000 damaged homes. At Final Call presstime, clean-up efforts continue as residents, city officials and volunteers assess damage and move toward what will be a daunting task of recovery and repairs as waters slowly recede.

Over 30,000 people had to be rescued in parts of South Louisiana from massive, record-breaking flooding beginning Friday, Aug. 12, with heavy downpours that continued throughout the weekend.

To some New Orleaneans, this “historic flood event” is all too familiar. Nothing but rooftops are visible in some areas of the city. Loss of cell phone services prevented many residents from contacting their loved ones as 911 which was so inundated with calls, it slowed down emergency response efforts. Shelters were over-crowded; motorists were stranded on interstates in gridlocked traffic, and boats became the main mode of transportation after approximately 100 roads were closed throughout the state. And to add insult to injury, the Federal Emergency Management Agency (FEMA) noted that an estimated 80 percent of Louisiana residents don’t have flood insurance, leaving some folks questioning how this can happen again to people who suffered loss in Hurricane Katrina?

Insurance commissioner Jim Donelon said, “People in many of the areas that remain underwater weren’t considered in a high-risk flooding area and weren’t required to carry flood insurance by their mortgage lenders. Also, if a home is paid off, flood insurance even in a high-risk area is at the discretion of the homeowner.”

After Gov. John Bel Edwards traveled to affected areas and saw the severity of the situation, he requested that President Barack Obama issue a disaster declaration for the entire state of Louisiana, Aug.14. Twenty parishes have been declared disaster areas with possibly more as recovery efforts are underway. Some of the hardest hit areas include, East Baton Rouge, Livingston, St. Helena, and Tangipahoa parishes.

CNN Meteorologist Derek Van Dam said that Baton Rouge received two months’ worth of rain in one day. He explained that on average, 5.82 inches of rain falls in August and twice that fell in Baton Rouge in a 24-hour period. 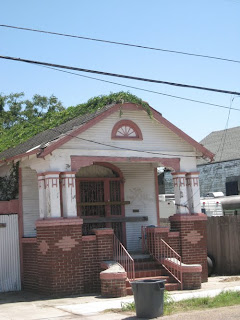 (FinalCall.com) – Four years ago when Angel Robinson evacuated from New Orleans, in the wake of Hurricane Katrina, she only expected to be away from home for a few days and looked forward to returning back to her job at City Hall. â€œYou really don’t know how fragile things are and life is until you have to throw everything you own into a garbage pile on the side of the street. It is still painful because I will never forget that moment,â€ she said.

The world watched as Hurricane Katrina ripped through the Gulf Coast in 2005, making landfall on Aug. 29 in southeast Louisiana. It has been recorded as the costlies thurricane, as well as one of the five deadliest, in the history of theUnited States.

From central Florida to Texas, Katrina caused severe destruction, much of it due to the high storm surge. Then there were the failures that happened after the storm rolled through the region. The most severe loss of life and property damage occurred in New Orleans, which flooded as the levee system catastrophically collapsed. Eventually 85 percent of the city became flooded along with neighboringparishes, and floodwaters remained for weeks.

Nearly 1,900 people lost their lives in the actual hurricane and subsequent floods. Millions were evacuated to all corners of the country via cars, planes, and charter buses. Thousands are still displaced and in need of psychological repair.

â€œFour years later, the mental weight of Katrina is still on many of us, including myself,â€ longtime New Orleans activist Mtangulizi Sanyika told The Final Call. Mr. Sanyika is project manager for the African-American Leadership Project. He has been commuting back and forth to Houston the last four years.

â€œThere has been some progress made in the city but most of the poor areas are still in need of repair,â€ Mr. Sanyika said. â€œBut I believe Katrina fatigue has settled in more and more every year, meaning people have forgotten about us. So the struggle continues.â€

By Jesse Muhammad for The Final Call Newspaper

(FinalCall.com) – On the verge of eviction from FEMA-issued trailers, Gulf Coast victims of Hurricanes Katrina and Rita received news that the Obama administration will allow the trailers to be purchased for $5 or less.

â€œIt was a relief because I truly did not know where I was going to live,â€ said Brenda Washington of New Orleans to The Final Call.

The Department of Housing and Urban Development also plans to give these families top priority for $50 million in permanent housing vouchers. Congress appropriated money for the vouchers last year and the funds are projected to help 6,800 families.

According to the FEMA website, over 3,400 households, primarily in Louisiana and Mississippi, remained in trailers or temporary housing units. FEMA sent these families a notice to vacate the trailers or mobile homes by May 30. The deadline caused a major panic among residents who had yet to repair damaged homes nearly four years after hurricanes slammed the Gulf Coast.

The government will sell mobile homes for $5, and smaller trailers will go for as little as $1. Trailers that do not meet the government’s criteria or have excessive formaldehyde levels will not be sold, according to FEMA. About 1,200 trailers are eligible for sale and families living in trailers that cannot be sold will have to apply for several hundred trailers FEMA hopes to donate through non-profit organizations.

â€œI applaud Obama for at least showing us some kind of attention so far and I hope it continues,â€ said Ms. Washington, whose trailer sits on the side of her damaged home. â€œThis has been so stressful and most of us have been forgotten. We still need help.â€