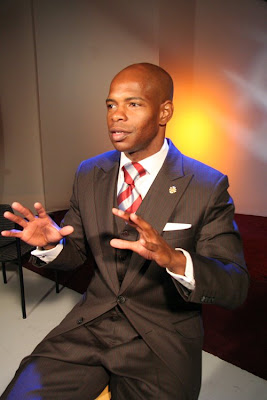 Chris roamed the streets of the neighborhood where I grew up on Houstonâ€™s Northside. He sometimes did not smell so good and always held long conversations with himself. He staggered out in front of moving automobiles on busy Homestead Road as if he had an airbag in his scrawny little chest.

For these and other reasons he was royally crowned â€œCrazy Chris.â€ Chris could be really smooth when he was younger and sober, but you could always tell when he was drunk. When crack made its way to the northside in the 1980â€™s, â€œsmooth Chrisâ€ totally disappeared.

He became that guy that drug dealers my age made dance in the middle of the street for a $10.00 â€œrock.â€ It got worse. He was a grown man begging 10 year-olds like myself for 50 cents. Whenever youngsters got bored at a house party they would go and find Chris to beat him down for kicks.

If he came up short on money to support his drug habit my little dope boy friends would pistol whip him and send him to the hospital just for fun. He was just as much a part of the neighborhood as the popsicle truck. I walked into the cornerstore of my old neighborhood recently and heard someone say â€œWhatâ€™s happeninâ€™ Lilâ€™ Daddy?â€

I could recognize that voice anywhere. Crazy Chris always called me â€œLilâ€™ Daddy.â€

I remember seeing him on this corner when I passed by on the way home from 5th grade. Now, I am on my way to my daughterâ€™s first violin recital and he is still here. We shared a couple of laughs, before he asked me for a couple of dollars. I wouldnâ€™t.