For nearly forty years, Albert Woodfox, of the Angola 3 has been an inmate at the Louisiana State Penitentiary. He and others thought his release would occur before the new year is ushered in, but that optimism was impeded when the 5th U.S. Circuit Court of Appeals decided to hold him until early Spring.

â€œWe are undoubtedly disappointed by this decisionâ€, said Robert Hillary King to The Final Call. â€œThe biggest disappointment is that Albert was looking forward to being released. I guess the lies being told and the defamation of character by the Attorney General was enough to convince the 5th Circuit. This is wrong but we wonâ€™t stop working.â€

Mr. King makes up another third of the Angola 3 and was freed in 2001 after serving 29 years in solitary confinement.

The 61-year-old Mr. Woodfox, a former member of the Black Panther Party, will remain in Angola while a federal appellate panel decides whether he should be free pending his third trial for his alleged involvement in the 1972 murder of a prison guard. Oral arguments is scheduled to be heard by the panel in March.

â€œWhat is being done to the Angola 3, has been going for years to our peopleâ€, said Parnell Herbert, an Angola 3 advocate as well as founder of the Peopleâ€™s Institute for Survival and Beyond.

â€The taxpayers of Louisiana do not pay for the attorney general to pursue personal vendettas but to do his job justly. But he (attorney general) has made this a personal mission to keep Albert locked. Itâ€™s corrupted and we need a changeâ€, said Mr. Herbert to The Final Call.

In November, Baton Rouge-based U.S. District Judge James J. Brady overturned Mr. Woodfox’s conviction and ruled he should be released from the prison gates until the next trial took place.

That was brought to a halt when Louisiana Attorney General James Caldwell appealed to the 5th Circuit, on the premise that Mr. Woodfox could be a threat to society because he was never prosecuted on other robbery charges that were ascribed to him prior to the stabbing of 23-year-old prison guard Brent Miller. The Angola 3 and their supporters contend that they were all framed based upon revolutionary activities with the Panthers inside the prison walls.

â€œWe hope that the State will stop playing these games and Albert will be freedâ€, said Mr. King to The Final Call. â€œWe as a people have to be a little more proactive, instead of reactive. So weâ€™re going to keep looking to see what we can do.â€

Inmate Herman Wallace rounds out the Angola 3 and is serving time for his alleged involvement in the â€™72 stabbing as well. All three have a pending civil suit Wilkerson, Wallace and Woodfox’ vs. the State of Louisiana which the United States Supreme Court ruled has merit to proceed to trial based on the fact that their 30+ years in solitary confinement is “inhumane and unconstitutional.”

According to Mr. King the trial of the civil suit is set to take place some time next year. 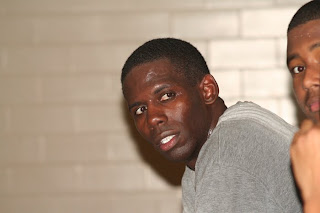 On December 18, Houston City Council Member Jarvis Johnson invited underprivileged students from his district to reward them for their academic excellence at his annual Winter Wonderland event at the Discovery Green Park in downtown.

A total of 20 schools from District B brought 25 students each. Students with the most improved academic record were chosen to represent their schools and one person from each school was awarded a bicycle. But everyone walked away with a gift. They also enjoyed the 50,000 lbs of snow that the council member had shipped in.

“By rewarding the academic success of the most improved students, it is my expectation that other students will strive harder next year to achieve the same success,” stated Council Member Johnson.

“I had a lot of fun”, said Kaliyah Henix, 8, of Benji Academy. Her teacher, Ms. Ramos, added that “this was wonderful and so needed because most of these students don’t get to experience something like this.”

Lisa Felix, co-founder of PDK Sorority, was elated that her organization could be apart of what she called “a wonderful and grand experience. We wanted to give back to the community in some way so we got with Mr. Johnson to giveaway the bikes. There is no feeling like giving.” 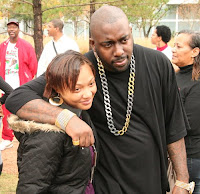 Houston Rap artist Trae The Truth was also on hand to speak to the cheering students. “You all keep up the good work in school. Whenever there is something like this going in the community for the youth I am going to always try to be there”, he said.

This blog is sponsored by

his year I have had some awesome invitations to speak and I must say all of them have been learning experiences. Plus I have met a lot of great people along the way, especially during the Grassroots Media Tour.

I got a speaking invitation this month that I truly took as a great honor. I was invited to address over 350 students from the 2009 Senior Class of North Forest High School on December 9th. Why was it so special? Half of the school is my former high school, Forest Brook, located in Northeast Houston.

North Forest ISD has been in financial turmoil for years now and many of the schools in the district took a pounding from Hurricane Allison in ’01, including Forest Brook. The district has been threaten many times by the state with being shut down. Well, this year Ike tore through Forest Brook so the students were merged with long-time rival Smiley High. The merger gave birth to the name North Forest High. The two mascots of a jaguar and a eagle have become a bulldog. 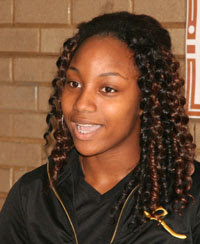 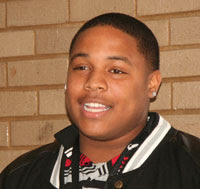 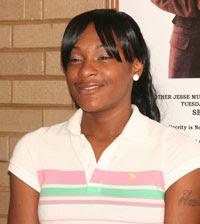 One of my fellow classmates from the Class of ’97, LaQuita Harkless-Williams, arranged for me to speak to the senior class about how to overcome mediocrity, prepare for college and how to get their S.W.A.G. on. Many of them were surprised (guess it was the suit) that I grew up in the same projects they reside in and that I grew up with some of the same experiences as them. I have been wanting to help my former school any way that I can so this was a start.

Many of them gave touching testimonies on how my one hour talk gave them hope. I will be posting their videos soon. I thank the School Principal Mr. Russell and the Senior Class Principal Ms. Calhoun for their hospitality. I thank the students for their attention and the wonderful gifts.

And in case you are wondering what S.W.A.G.(c) stands for…Stop WastingAbilities and Gifts. More on that coming soon too.Ideas are bulletproof. 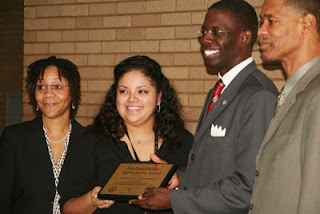 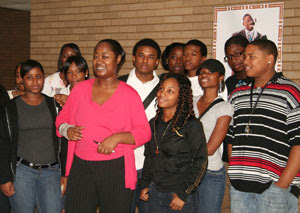 (All photos by Rashid Muhammad)