Los Angeles, CA (BlackNews.com) — “Quality Above Anything Else” is the motto behind the e-commerce site, Perfect Tux, which launched in March of 2016 and was founded by Steven Burton, a long time e-commerce veteran with over ten years of formal wear industry experience. Perfect Tux throws out the traditional tux rental model in favor of reasonably priced, unique and trend friendly items for purchase. Perfect Tux is on track to hit $300,000 in revenue by the end of the month and continues to show explosive growth; all in under a year.

Technology is forever changing the way we shop with e-commerce growing rapidly year after year. When you think of fashion, women’s clothing, in its many forms, is typically what comes to mind. However, the men’s fashion market is a $402 billion industry with $53.3 billion of that coming from online sales. It was within this market that Burton continued to see an increasing need for a high-quality, but reasonably priced formal wear website.

Having started his first e-commerce business at 18, Burton, knew there was a niche opportunity to provide the growing men’s market with a bespoke style formal wear website. But simply recognizing the need for something is only half the battle; being able to implement it, and implement it well is paramount. And that is where Burton’s motto kicks in. “You know that tried and true quote, ‘Treat others as you want to be treated?’ Well, we apply that simple and effective advice at Perfect Tux. We believe every customer we interact with is our most important customer, and we can’t let them down!” says Burton. For him service and quality are the most important roads to success.

The average cost of a groom’s wedding tuxedo is between $150 to $242; while some designer fashion tuxedos can cost nearly $400 to $500, just to rent. Not to mention that numerous competitors have been selling the same items for 10+ years. Perfect Tux on the other hand sells tuxedos for as low as $149.99 and can quickly and easily add in new trends. For example over the past year, colored tuxedos such as Midnight Blue, Red, Burgundy, and Navy Blue have done well; in addition to exotic patterns. There is also a move toward men choosing suits over tuxedos for weddings, another trend Perfect Tux is on top of.

“Do men really want to wear something that has been worn by dozens of others and washed repeatedly on the biggest day of their lives? I feel they would rather hold on to that important garment the same way women are able to keep their wedding dresses,” adds Burton.

Perfect Tux has a wide range of items from full tuxedos for men and boys to menswear for women. The quality of the products, the excellence of service and the ease of returns makes Perfect Tux a leader in the market ahead of the well-established warehouse stores who are seeing their customer base leave for smaller companies like Burton’s. In their first year of business, Perfect Tux has filled over 2,000 orders for a wide-range of customers; from movie studios and TV shows to Broadway plays, and catering companies, they provide quality options for any occasion.

Though his goal is to create a successful business, the 32 year-old founder, aims to give back to his community as well. His mission is to educate minority youth on the importance of being well dressed, owning a business, and building wealth. “I want to be the type of entrepreneur that creates multiple businesses. It’s about thinking long term, building assets and creating positive cashflow,” says Burton. He has experienced success in other arenas as well, having earned a Gold Record as a song-writer. He also created a licensing company that provided music for TV and movies on networks such as FX, BET, Lifetime, Hallmark, Disney, Pixl HD, and more.
About Perfect Tux:
Details. Quality. Exceptional Service. Those are the three things they pride ourselves on at Perfect Tux. Perfect Tux is a family owned and operated business. They have over twenty years of combined experience in the men’s clothing and formal wear industry. Their goal is to provide exceptional service, offering high quality formal wear and accessories at a competitive price. Perfect Tux is based out of Southern California (Santa Clarita, CA) and they have many relationship with vendors and suppliers all over the US.

(Bloggerâ€™s Note: Sharon Carpenter is an award-winning journalist currently working as an anchor / reporter for Black Entertainment Television (BET). I was able to go one-on-one with her to look back on 2009 and what’s ahead for her in 2010.)

Jesse Muhammad: I have been following you on Twitter, you have had a busy year. Share some of your memorable 2009 moments with our blog readers.

Sharon Carpenter: 2009 was certainly a year for memorable news moments beginning with the inauguration of our first Black president. It was more than an honor to be in DC at the center of this historic event. It’s hard to even describe the energy at the inauguration but the simple way to put it is that people were happy, people felt proud, it was an emotional day or few days for so many. Working up to this point I’d covered the primaries, DNC, RNC and the election.

Our news team was dealing with freezing temperatures and very long hours but it didn’t matter — we were all humbled to be at one of the most historic events of our lifetime. One of the highlights of my coverage was the chance to interview general Colin Powell and his wife. He’s someone that I deeply respect so it was a great moment for me.

Then in June came the untimely death of Michael Jackson. I happened to be in LA when he passed as I was there to cover the upcoming BET Awards. When I first got news that MJ had been rushed to the hospital in critical condition I was praying that my idol would be ok but I knew work-wise things were about to change drastically. And then we found out he’d died. Rather than dwell on emotions I had no choice but to jump into breaking news mode. 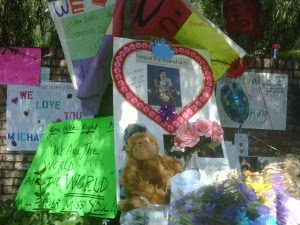 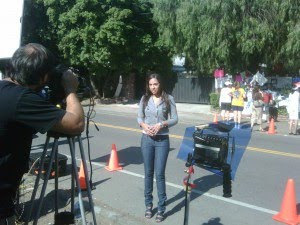 I had to gather all the details to deliver live on 106 & Park as soon as possible. Dodging traffic and avoiding the back to back MJ songs on the radio so as not to get emotional, we rushed to CBS and made it just in time for our hit. That evening we headed to the hospital where Michael had been pronounced dead. Outside was teaming with fans of all ages, races and cultures, who’d been there for hours mourning his death but were now celebrating his life, dancing, singing and sharing stories of why Michael Jackson meant so much to them. It was a real experience to see that and feel the love.

My coverage continued over the next few days as we uncovered more details. I was all over, staying on top of the story, at the coroner’s office, outside the Jackson family compound, at the BET Awards which was dedicated to Michael Jackson. For weeks and months later my coverage continued with MJ’s funeral and the death investigation.

BET News produced 3 successful news specials on MJ and I was lucky enough to anchor 2 of them. Losing Michael Jackson was a big hit to most of us but to have the chance to be there at the center of this major story was truly an honor and something I’ll never forget. I could talk about the experience for hours!

Jesse Muhammad: As a BET news anchor and reporter you get to meet a wide spectrum of people. What was the best interview you did this year? Why?

Sharon Carpenter: Well one of the interviews that was very meaningful to me was with Colin Powell as I mentioned earlier. Another would be an exclusive I was able to secure with John Forte. He gave me his first TV interview since being pardoned by Bush after serving 7 years in jail and this was something several major outlets were fighting to get. 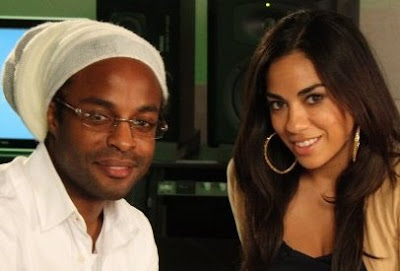 Forte was working with a non-profit called “In Arms Reach” where he mentored children who’s parents are incarcerated, through music. We were in the studio with them and then got to interview Forte about some of his own experiences in jail.

Also, I got to speak with Joe Jackson in one of his first interviews since his son’s death. That was at the BET Awards.

Jesse Muhammad: Now, let’s set the record straight from your perspective. You know, as I do, that BET gets criticized so much by the Black community for it’s programming. You seem to be very happy working there. Shed some light on some of the good things BET does that may get overlooked? Why do you enjoy your work at BET?

Sharon Carpenter: People need to take the time out to watch some of the great, insightful and informative programming we’re doing at BET News. This year we did specials focusing the spotlight on issues such as obesity, education, healthcare, President Obama’s first 100 days in office and the moves he’s made since then. With our daily news briefs we keep young viewers up to date with the important stories and issues they need to know about and interesting stories they want to know about. We also work with bet.com to provide extended news content.

This year I did some work with the BET Foundation which is doing some wonderful things in the community. I hosted their townhall at a health symposium they held for young girls. It was great to see how much these children learned there about physical health but also mental health issues like self-esteem, dealing with peer pressure, bullying, etc. You don’t hear people talking about these things often enough.

Jesse Muhammad: Okay, don’t hold back. What can we expect from Sharon Carpenter in 2010?

Sharon Carpenter: Well in 2010 you can expect me to continue keeping viewers in the know, breaking stories, bringing you exclusives plus much more. I’m already working on some big ideas for some news specials that if I get the green-light, I think you’re going to love. BET News has lots of new and exciting projects lined up for this year. I’ll continue to do work for both the US network and BET International which is now in the UK plus 34 nations in Africa. In fact I’m hoping to get even more involved in the international efforts this year. You’ll also see me keeping you updated on twitter which has become an essential tool for me to get information out there immediately so make sure you follow me there at twitter.com/sharoncarpenter.

Jesse Muhammad: On a lighter note, what was your personal album of the year for 2009? 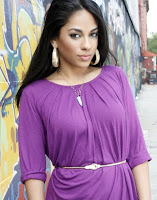 Sharon Carpenter: The album I loved the most in 09 was basically anything Michael Jackson, especially the classic “Thriller.” MJ’s music is timeless and is something I’ll never get tired of. The song “Gone too Soon” now has special meaning to it. That one’s actually very hard to listen to. Another album I love is Jay-Z’s “Blueprint 3” as well as Drake’s “So Far Gone.”

Jesse Muhammad: Thanks for the interview and I like “Blueprint 3” also.