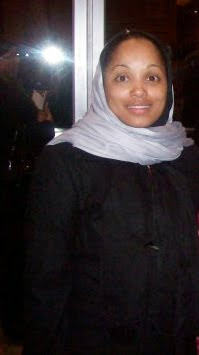 I am Alisha Muhammad, a person from almost a no-parent situation but definitely not a product of those circumstances, and neither are my children victims of my improper upbringing. I pray the same for all in my situation and know ‘â€Raising Boysâ€ will be instrumental in addressing the heartaches of single parents and their children.My mother left my father before I was born and was a workaholic all of my childhood. I was a latchkey child; waking myself for school, getting myself ready, seeing myself off and arriving home in the evenings to be greeted by no one. When there was food I fed myself. I put myself to bed so I could be rested to raise myself yet another day. No fault of her own, my mother did the best she could with what she knew and had. She didn’t know what welfare was because she came from a two-parent home of hard workers. Her resources were scarce and support nonexistent.

By the time I graduated high school I had my two oldest sons. Their father came from a situation similar to mine. My mother was single raising two daughters and his mother was single raising two sons. He waited until well past the middle of his senior school year to get involved with dealing drugs. Thus, he began his trip through the revolving door of the prison system. That’s when my real journey of single parenthood began.

I gave a lot of background because it’s vital to know that the success or failure of having one or both parents in the home can only be determined by what the individuals have to work with in terms of knowledge, principles and support. My mother and father came from homes with both parents but weren’t fit to be parents themselves. They were no different from my children’s father whose parents came from “broken” homes. Most homes in America are “broken” and most of those that remain do a very good job of playing make-believe. I learned this as a child. 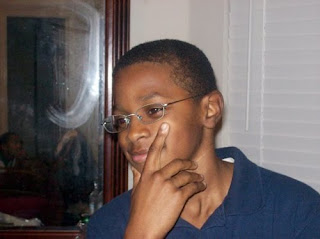 As a young single mother, I adopted the work ethic of my mother but at the same time always knew the value of not neglecting the other needs of my children. I was still hurting from my own childhood, or lack thereof, and used that to drive me to be all I could for my children.

I was always a spiritual person and felt connected to God. I humbled myself, prayed and cried out for guidance many, many times because I was terrified about messing up my sons’ lives; I knew I was a very troubled person because of my growing up. I used everyone and every opportunity I could as a learning experience, and I still do. Had I had the intervention of such a valuable resource as the documentary of â€œRaising Boysâ€, perhaps I would have been more effective in such a worthy cause.

In raising my sons I knew that in my youth I had tried all and accomplished most in being mischievous. I commanded honesty and respect from them as infants because I knew they possessed enough intelligence to comprehend. I didn’t spank my children for every little thing they did which is where a lot of parents mess up, both young and old. By doing that you build up their tolerance for physical pain and teach them violence, especially in angered situations. I offered correction and guidance in all situations that needed to be addressed. 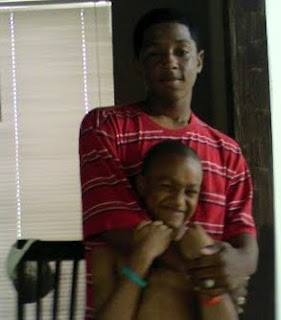 I didn’t allow my children to visit their father in prison until they were old enough to ask to go and understood those circumstances. I never bad-mouthed their father because I knew the significance of them figuring him out on their own. Nonetheless, I let it be known that he was to be respected regardless of the situation. I explained to my children about his childhood without a father or any decent male role models. I explained to them the importance of not expecting more than what he offered and how it could lead to disappointment. I explained this, I explained that and any and everything I could because they were owed that. Hell, I was owed that and couldn’t get answers upon request. My oldest son will tell you to this day that I’m always teaching and explaining stuff.

Being a Mother, in it and of itself is very demanding. It’s strenuous. It’s draining. And every thought you think or decision you make better revolve around the children. Now factor in these boys or men that father them then walk around making decisions as if they have no responsibilities, as if they have no duties. That’s a slap in the face. Even worse is the possibility that our sons may grow up and do the same.

Like most single mothers, especially coming from a single mother, there was a desire to give my sons a “complete” home. I found myself expecting my third son in what seemed to be a promising situation. It was after the birth of my youngest son that I saw absolutely no future in that situation. My son’s father came from a two parent home. Be that as it was, the relationship between he and his father was based on financial need and desire and lacked affection. That attitude spilled over into the connection between him and my son. He’s a lot better now, but look what it took. He’s not in the home with his son.

At the age of twenty-two I was the mother of three sons and possessor of one-third of the knowledge and wisdom I needed to be successful in rearing my children. I fell and bumped my head along the way until I visited Muhammad Mosque #45. That was where I acquired another third which is knowledge of God, myself and who my sons are in the grand scheme of things. And, I am still a work in progress in pursuit of the remaining third so that my sons and I can have what we need for continued survival and eventual success.

What about others like me? Not everyone has a spiritual connection or elders giving advice. Many of us have no faith at all and we’re granted that because the fathers of our children are cowards and our society does not have our back. Everyone needs to take charge of their post, that’s exactly what Brother Deric is doing in bringing this infection to the surface in his documentary â€œRaising Boysâ€. There is so much truth and wisdom in the proverbial village raising a child. Black men that “know better” than what they are seeing in todayâ€™s youth need to start pulling these young boys to the side and correcting them at early ages. I literally “jack up” (for lack of a better phrase) other people’s children in public places. The parents love it. They are grateful to know they have support.

We have to realize we are not the brain. We are the body, God is the brain. Just like with our bodies, when they become ill or endangered the brain sends signals throughout the body to either produce antibodies or work to filter and rid our bodies of toxins so the body can be well. Or even in the removal of some of our parts, other parts work in their place. If you lose a hand, you don’t stop writing. People lose both hands and write with their feet. That needs to be how we function in the community. 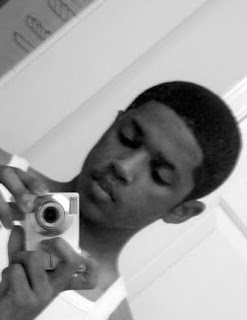 We don’t “write off” the children because they have missing parents. No, we need to step in and give support. We need to be the liver and kidneys filtering delinquent behaviors. We need to be the bladder and colon ridding of the filth these airwaves and public systems are putting in our children. We need to step in and be extended parents until the real parents get a clue or the children become decent adults. This is what single mothers need, because when our children feel like no one cares and they’ve been given up on they don’t care and they give up too. I speak from experience.I can’t say I speak from success because the mere facts that I have teenagers that aren’t in trouble with the law, making babies, doing drugs, etc. can’t continue to be the standard in which I or any of us measure success in parenting by. Those specifics support the reality that we are just getting by. I can say my oldest son is old enough to appreciate my growth and see how he and his brothers benefit. My middle son gets the attention he needs and knows he has a place unlike many suffering from “middle-child syndrome”. The both of them appreciate the person I’ve become as a result of the same teachings and spirituality that gave you such a powerful yet humble servant and mouth piece for single mothers and their suffering sons as we have in Brother Deric. And my youngest son is young in age and mind; he is free to dream big.

I know this is the impact this documentary will have. It will affect us all, including the absent fathers; in such a way we will be motivated and motivate others to run to the aid of single mothers and their children. It will inspire us enough to free our children so they can dream big and be successful. After all, aren’t they owed that?