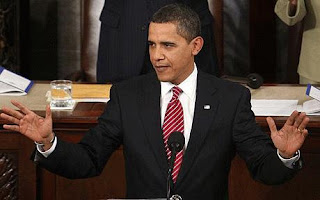 President Obama has enraged right wing talking heads once again. His crime: telling the truth. In President Obamaâ€™s address to the Turkish Parliament, he acknowledged that America is a â€œmajority Christianâ€ nation but not a â€œChristian nation.â€ The right wing spin machine is in full gear in an attempt to rally the remnant of the White Southern evangelical base that remains loyal to the Republican brand. By feeding their bigotry and engaging in revisionist history, the right-wing Klu Klux Klan-servatives are playing the â€œI told you he (Obama) was an unpatriotic socialist Muslimâ€ card.
Click Here and Read the Full Article:http://thedotsconnector.blogspot.com/2009/04/while-president-obama-is-in-turkey.html
President Obama is in Turkey: Right Wing Critics at Home Try to Cook His Goose was last modified: July 7th, 2015 by BJ Blog Staff
bloggingPresident Barack ObamaRobert MuhammadWhite House

Training to be Peace Keepers in Houston

Why We Can’t Forget About the Abuse, Dehumanization of and Violence Against Black Women & Girls

Beauty, pain, growth and struggle: Why I Wrote â€˜African Violetâ€™

Muhammad Ali and His Meaning to The Hip Hop Nation

Ayesha Curry tweets about Games 6 of the NBA Finals…it’s RIGGED!

No Individual Can Rise Above the Condition of His People