My Speaking Trip in Oakland….What Happened? 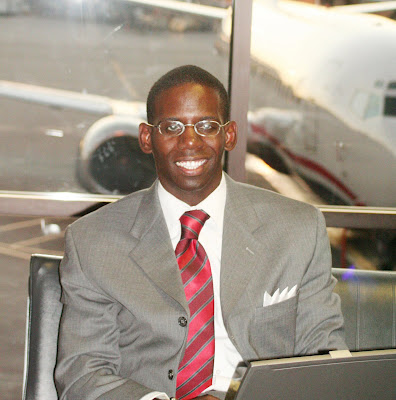 Wow, I really appreciate the love I am receiving from my blog readers! There were many of you that have been on me about not blogging daily while I was in Oakland! (smile) I didn’t realize that after I did that initial one last Friday afternoon that the rest of the weekend would be so fast paced! But here is the full look at what I experienced during my first ever trip to Oakland, California from September 26-28. 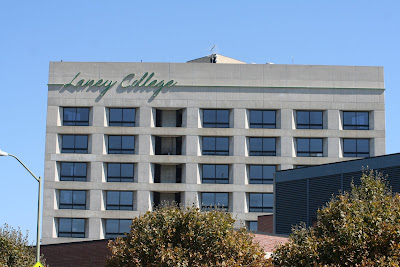 The Critical Resistance Conference was held on the campus of Laney College. Opening workshops covered topics such as alternatives to the police, mental health in jail, campaign planning, youth justice and more. That Friday evening was the opening ceremony featuring a keynote address by the legendary Angela Davis (pictured below) who discussed the need to abolish the Prison Industrial Complex along with other corrupt policies. I networked and met a lot of grassroots organizers. The facility was packed over capacity. I then hung out with co-organizers of the conference who also hosted me at their home located right off of Martin Luther King Drive. **Warning-It gets cold at night!** I did not know this so I am sniffling now as we speak.(smile) Plus I was still trying to adjust to the time zone change! 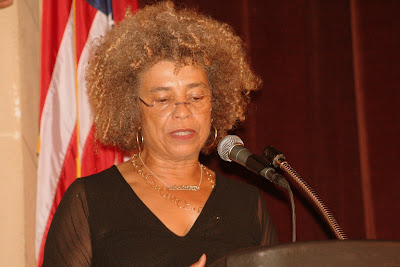 The Saturday sessions started early at 9:00am and I decided to attend the workshop titled “Getting Justice from Neighborhood Justice Movements: Case Study and Critique”. This seminar featured my conference escort for the weekend, Stacy King, who is a brilliant graduate of Cornell University. (pictured below) 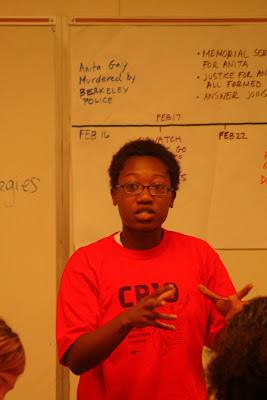 The purpose of this sesssion was to discuss the case of Ms. Anita Gay, a 51-year old Black woman who was murdered by the Berkeley police on February 16. A group started the Justice for Anita! Justice for All! coalition which has led a host of demonstrations to get justice in the case. According to her daughter, Patricia Johnson (pictured below) Officer Rashawan Cummings has been cleared in the murder of Anita Gay and is back on the streets. While the Berkeley Police Commission drags its feet in the investigation of Anita Gay’s murder, there has been no admission of guilt on the part of Berkeley Police Department. The lone officer who failed to secure the situation, violated department policy and shot a 51-year old woman in the back has been returned to active duty. Needless to say it was a serious dialogue. 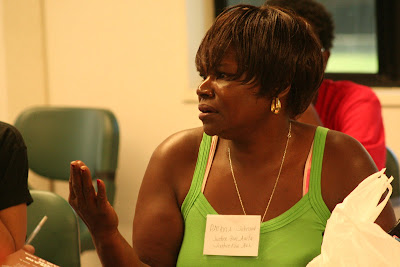 Afterwards I prepared myself for the workshop I was flown in for…“The Jena Six: A Case Study in Grassroots Struggle”Â that featured three out of the six parents. It was held in the social hall of Lake Merritt United Methodist Church. The moderator was Jordan Flaghtery of Left Turn Magazine. The room was packed and the audience was able to get a live update on the cases of the Jena Six from Tina Jones (mother of Bryant Purvis), Theodore McCoy (father of Theo Shaw), and John Jenkins (father of Carwin Jones). I was honored to represent the Final Call Newspaper and give my account of how I got involved in the case from a journalistic standpoint as well as a co-organizer of the huge rally on September 20, 2007. 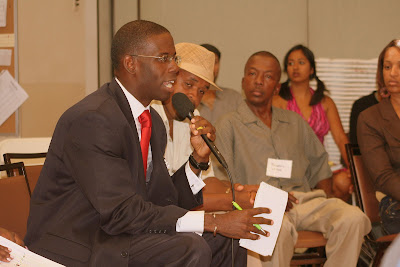 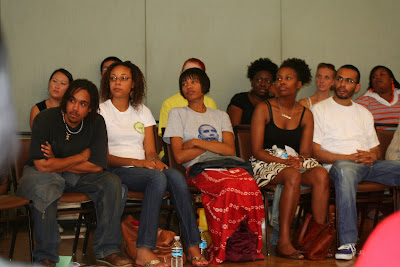 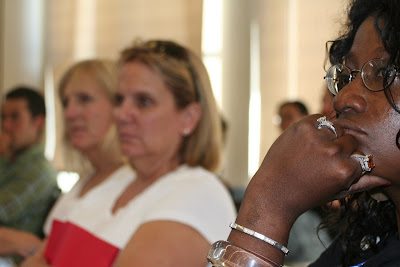 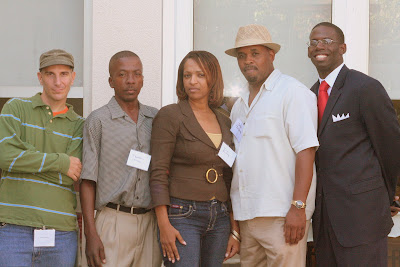 I also had the honor this weekend of meeting hip-hop journalist and activist Davey D (pictured below) of the Bay Area who was very sharp in his views during our workshop. 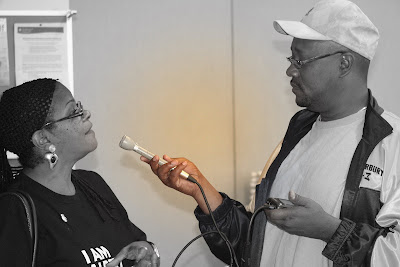 And Jasiri X, who produced the historic song “Free The Jena Six”, was in attendance as well. (pictured below).

After the workshop I went to a few more interesting sessions and then it was time to eat! My escort took me to a great Ethiopian Vegetarian Spot about ten minutes from the school. Awesome food. I am seen pictured below with one of the cooks and rappers who goes by the name Whadat and gave me a free CD. I listened to it…very interesting and revolutionary. 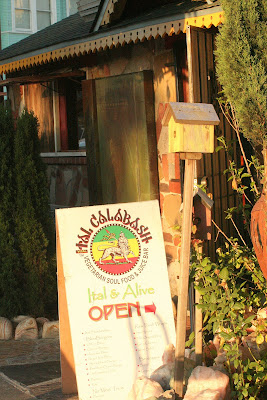 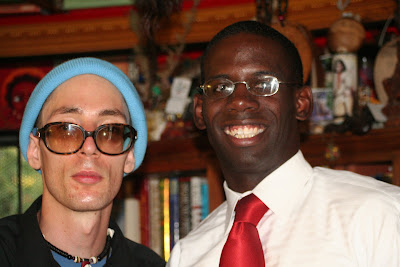 Sunday, I had the privilege of attending the meeting at Muhammad’s Mosque No. 26B. I was received very well and going to other cities always makes me feel honored to be in the Nation! Didn’t get a chance to take pictures at the Mosque because I had to rush to the airport right after it ended! But I plan to return soon and go to San Francisco as well.

Great trip and here are a few more pictures! I have a little over a week before I head to Miami for the start of the grassroots media tour….stay plugged in. 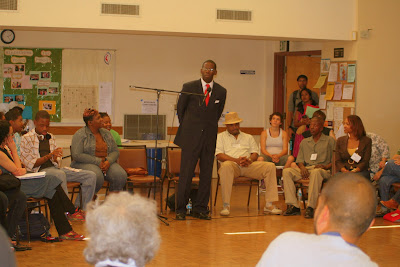 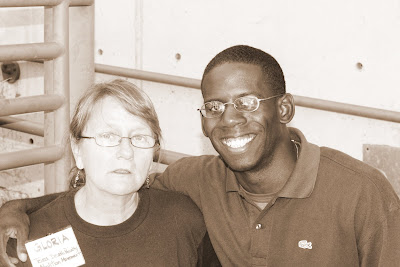 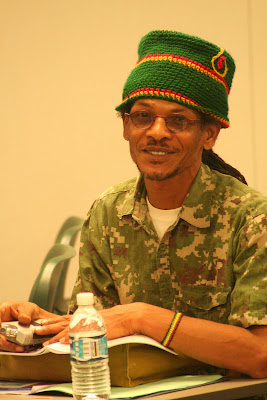 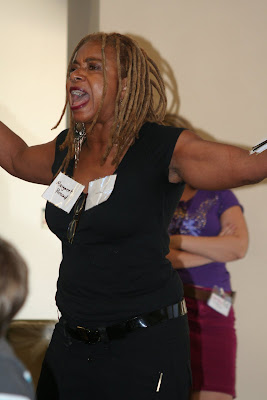 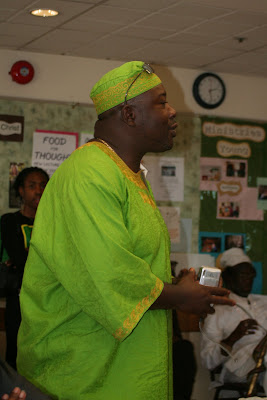 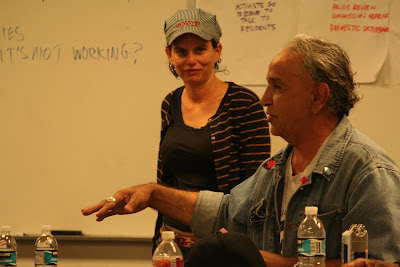 CHILDREN OF THE MOST HIGH: Love is Not an Emotion

CHILDREN OF THE MOST HIGH: A Liar from the Beginning