The book provides some insight into how some of Muhammad’s students were impacted by his teachings. Malcolm X a well known spokesman for Justice and Human rights was brought to birth by the teachings of Elijah Muhammad. He became, not only a “Prince for Justice”, but also a well-known speaker and debater. Boxer, Muhammad Ali, was also a student of Elijah Muhammad. It was Elijah Muhammad who gave the former Cassius Clay the name Muhammad Ali, a name that means one worthy of praise and who is the “most high” or “great.” Today Muhammad Ali’s is praised by the world and considered the greatest boxer that has ever lived. 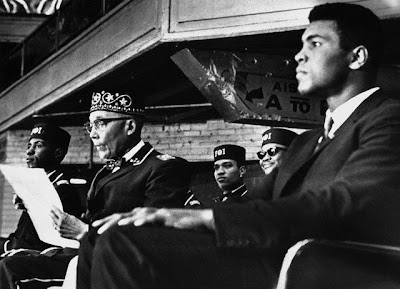 Read more by logging on to http://www.blacknews.com

My album of the year: Minister Louis Farrakhan’s “Let’s Change The World”

Let’s Talk About Colorblindness and Racism in the Mosque

The Beauty of Being Homeschooled: “We can create our own curriculum, system, and way of learning.”

Was Houston Mayor Bill White Wrong For this Ad? What do you think?

No, The Nation of Islam Didn’t Kill Malcolm X