**April 6 UPDATE: Coordinators of this rally announced today that Jay-Z has not fully confirmed to be in attendance. But STILL go!***

I received several news alerts this morning announcing that rapper Jay-Z, Russell Simmons, Rev. Al Sharpton, Peace Keepers founder Dennis Muhammad, Wise Intelligent of The Poor Righteous Teachers and more will be rallying this Saturday in Trenton, NJ in support of a 7-year-old gang rape victim.According to news reports, a teenage girl in New Jersey is accused of selling her 7-year-old sister for sex.

The Trenton Police Dept. reported that the 15- year-old girl was invited to a party on March 28 at an apartment by some men she knew. Her little sister came along with her. 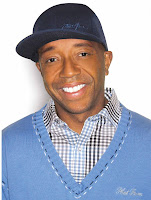 Both of them went up to the 13th-floor apartment where a group of men paid the older girl in exchange for sex with her little sister. The young girl was reportedly gang-raped while her older sister observed. To date, two adults and three juveniles have been charged.

During a press conference, Trenton Mayor Douglas Palmer,â€œWe are not finished, because everyone that was responsible is still not arrested. The police will not rest until we get every individual thatâ€™s involved in this.â€

This New Jersey gang-raping occurred one day after Russell Simmons joined forces with Dennis Muhammad to launched The Peace Keepers campaign in Brooklyn and Queens, where Simmons grew up. The Peace Keepers movement works to deter violence by maintaining a consistent and strong presence of men focused on protecting their communities for only one hour a week. According to Tweets by Russell Simmons, Hip Hop artist Jay Electronia has also agreed to go to Trenton this weekend to help launch the campaign in that area. For more information about The Peace Keepers email enotaproject@aol.com or call 1.888.508.0883.
If you’re in Trenton, take a stand on this Saturday.

One Hour Of Doing Something Is Better Than 24 Hours Of Nothing!

Minister Louis Farrakhan to warn and expose the plans of President Donald Trump in D.C.

Minister Farrakhan releases statement on the passing of Muhammad Ali