Home Perspective I lost my very best friend in the world. This is my storyâ€¦
Perspective

My parents were high school sweethearts who married as teenagers. They met and grew up in Newark, New Jersey and struggled with the circumstances facing their community during the late 50â€™s and 60â€™s. They graduated from high school and pursued respectable careers before my brother and I were born in 1972 and 1975 respectively.

In 1970, my father enlisted in the United States Air force during the Vietnam War era and was stationed in various places abroad and California. By the time of my birth, my father was honorably discharged and with my mother and brother moved back to the East Coast. They lived a short while in New Jersey and ultimately planted roots in Staten Island, New York where I was raised.

I was about 11 years old when I came to the realization that both my parents where addicted to drugs. Up until that point nothing appeared different or felt abnormal in my household.

My brother and I were very well taken care of; we always had what we needed and not necessarily what we wanted like most kids growing up in the â€˜hood. We did chores, were punished when necessary, and were expected to do well in school. We felt loved, got plenty of attention and were not by definition â€œneglectedâ€. I have fond memories of holidays spent with my family and lots of pictures of the bad hairdos and polyester outfits from the 70â€™s and 80â€™s to prove it! Nevertheless, it wasnâ€™t until I entered the 6th grade that my familyâ€™s abnormality started to reveal itself. In my opinion something happens to a child during their middle school years. Parentsâ€™ protective bubble is abruptly burst by exterior influences and the natural progression of awareness and maturity goes into full effect. No matter how hard you may try to preserve the shield it will be shattered. I feel the wrath of this reality daily with my own 11 year old daughter who is currently in 6th grade, so I consider myself an expert! LOL. This is why I understand now more than ever why I became so aware of what was going on with my parents at that particular point in my life.

For our entire adolescent lives my brother and I carried the burden of embarrassment and fear of being confronted by people who â€œknewâ€, but no one ever verbally said a word, at least not to our faces. To be honest, who was going to inquire and what exactly would they have to say? My father was always a provider and had been gainfully employed my entire life, and my mother was the perfect homemaker.

Like most kids growing up in the 80â€™s my parents instilled a healthy fear of God in my brother and I without having to lay a hand on us. We rarely stepped out of line and a look was all it took to resolve a disciplinary issue. At the ages that it mattered, we had the freshest gear and gadgets if we earned it, like â€œnormalâ€ families. My brother and I were even envied by some friends who lived in single-parent households, with moms who struggled to provide for them and their siblings. My brother didnâ€™t hang on the corners with the drug dealers, and I wasnâ€™t â€œfastâ€ with a bunch of boyfriendsâ€¦we just didnâ€™t have the desire to engage in risky behavior; we had no reason to, and my father wasnâ€™t having it!

By my junior year in high school my brother had begun college at a state university in upstate New York. He moved out and my life changed forever. It was 1992 and my parents decided they were going to get â€œcleanâ€. This was not their first attempt but it would be the start of their first successful attempt at sobriety and the first time we actually had discourse as a family about our reality. They stopped pretending we didnâ€™t see them. I was about 16 years old, and thrust into to the world of Narcotics Anonymous or NA, as it is more commonly known. My parents embraced the steps of NA with the same energy and commitment they embraced raising my brother and I. Nothing would stop them from working the program and staying clean. My motherâ€™s journey was more difficult than my fatherâ€™s, but he guided her all the way and insisted that we do it as a family. This meant that I would frequently attend coffee commitments, meetings and anniversaries. My brother had the luxury of being away at school most of the time while I trooped through the early stages with my parents but he was beyond supportive every time he visited which was often.

Shortly after my parents celebrated their 2nd year of sobriety, my mother was diagnosed with lung cancer. She was a smoker from the time she was a teenager and her drug of choice (crack cocaine) surely contributed to her ailment. Nevertheless, my mother gave up crack but could not kick cigarettes. I remember visiting her at Sloan Kettering Cancer hospital and smelling smoke in the bathroom of her recovery room after her surgery to remove a portion of her left lung. On December 18, 1994, she signed herself out of a hospital on Staten Island after one too many long stays for her failing health and she died in my fatherâ€™s arms outside before they could make it to our apartment.

My mother passed away at a time when I was just getting to know her. I was becoming a woman, and she finally had the clarity and focus to tell me everything I needed to know without addiction in her foreground. To this day I feel blessed and cheated by the few years of sobriety I had with her. My father instantly stepped into her role. For a long time I pushed the loss of my mother to the back of my mindâ€¦my fatherâ€™s attention actually eased the loss. He was there in every sense of the word, so the void wasnâ€™t felt much or as often. Well at least not until I became a wife (for the second time and mother for the second time).

My father didnâ€™t judge me or advise me to stay married when I decided to divorce my first husband after less than a year of marriage, with a newborn baby at age 24. He supported my decision while everyone else questioned why I would leave a relationship that wasnâ€™t abusive or visibly dysfunctional. I was simply not happy with the choice I made for a husband and father and was unwilling to commit to a life of unhappiness for the sake of my child. I struggled with that decision having grown up in a two-parent household my entire life, never forgetting the family values my parents instilled in me. A failed marriage was not on my list of accomplishments in life, but my father encouraged me to be happy and was there for me every step of the way while I experienced being a single mom by choice. As adults, he became my father, mother, confidant, but most importantly, my friend.

Having been married to my mom for 22 years, my father was definitely the â€œmarrying typeâ€ so it was no surprise when he re-married a few years after my mother passed away. He and my stepmother were happily married for 5 years, until she too passed away…are you ready for thisâ€¦ from LUNG CANCER. I couldnâ€™t make this up!! 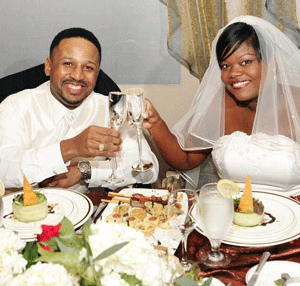 I still donâ€™t understand that coincidence. My stepmother whom my father met in the â€œrooms of Narcotics of Anonymousâ€ was a Godsend. She embraced me and my daughter and fulfilled the grandmother role that was missing in my daughterâ€™s life.

After my stepmother passed away, my fatherâ€™s health declined and depression set in, but he wasnâ€™t too proud to seek help from a therapist. He did so as routinely as he made his weekly meetings. I believe that Narcotics Anonymous allowed him the freedom to admit when he needed help without judgment. The program overall freed him and gave him an extended family that he relied on heavily. My father dated from time to time, but swore off marriage again for obvious reasons. Although, he had a lot to grieve for, he smiled every day, and didnâ€™t regret his choices.

My father was the strongest, most generous person I have ever had the pleasure of meeting. Anyone who met him would agree that he was a gentle 250 pound 6ft 2inch giant, who would give you the shirt off of his back. Few people knew that he was emotionally and physically abused as a child and never knew or even saw a picture of his own biological father. He could be shy at times and self conscious of his slight stutter; a book worm that loved math and science. He oftentimes prepared tax returns for friends and family at no charge because it was fun and stimulated his mind. 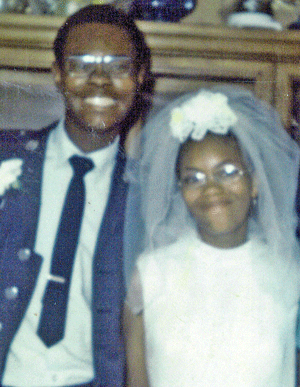 In March 2006, my father passed away after many years of health issues stemming from his drug use and its lasting side effects, even after 14 years of sobriety. I lost him six months after he walked me down the aisle to my now husband whom HE told me I would marry before I even considered it! He knew he was leaving me in good hands. My father always made sure his family was a union despite his short comings and the decisions he and my mother made.

I lost my very best friend in the world. This is my storyâ€¦ was last modified: July 21st, 2015 by BJ Blog Staff
best friendsfamilylife struggleslossesNicole Fuller

Dr. Abdul Alim Muhammad returns from an 8-day mission in Haiti…..watch his video!

Creative Pause~Sade releases new album after a decade….calling all soldiers of love.

Exploring the Nation of Islam’s influence in entertainment

Techie Techniques: How to buy the best PC or Laptop!

CHILDREN OF THE MOST HIGH: Producing Good Husbands and Fathers

The Psychology of Rumors: Why They Spread & How To Avoid Being Misled

CHILDREN OF THE MOST HIGH: The Pain of Eve