Out of sheer curiosity and entertainment I read George W. Bush’s book Decision Points on Kindle. Many of my peers were shocked that I even read it since I’ve been a serious critic of his horrendous eight years as President of the United States.

The book met my expectations.

It was awful and ultimately should be placed in the “Crime” section of every bookstore in America. You can read it and judge for yourself. I was particularly interested in reading the parts dealing with Katrina. It was disturbing to read that FEMA was actually telling victims to “email in their needs” in the wake of the flood according to Bush’s memoirs.

This blog is not a book review however something occurred last month that I sincerely believe could have been directly connected to his book making the second place spot on the New York Times Bestseller List.

In case you missed it, Bush had the audacity to say that one of the most disgusting moments during his presidency was when rapper Kanye West said “George Bush doesn’t care about Black people” during a live Hurricane Katrina telethon.

For the record, Kanye never called Bush “a racist.” Look at how Bush changed the language.

I think it’s very unfortunate that Kanye publicly recanted his words and apologized to Bush. Especially since Kanye spoke the truth and said the words that resonated with flood victims who are still scattered throughout the country.

I’ve been pondering over why would Bush target Kanye when people like former New Orleans Mayor Ray Nagin said far harsher things publicly about him during Katrina? Was this a public relations tactic to draw attention to his boring book? Did Bush use “beef”, regularly used in hip hop, to drive book sales?

This Bush and Kanye exchange has sparked mixed reactions.

Hip hop mogul Russell Simmons penned an open letter to Kanye and stated “When you spoke about President Bush during the Katrina telethon, it was not the particulars of your words that mattered, it was the essence of a feeling of the insensitivity towards our communities that many of us have felt for far too long. It was the image of the President, our President, the President of the United States Of America, peering out the window of an airplane, as the people on the ground were drowning, that hurt us the most. For centuries, our people have relentlessly tread water as hard as they could to stay afloat, and here we were, literally drowning, and it felt like the President was insensitive. There is no need to apologize, Kanye. You spoke from your heart and that is all we will ever ask from you.”

Recently, hip hop megastar Jay-Z lashed out at Bush in an interview with Associated Press. 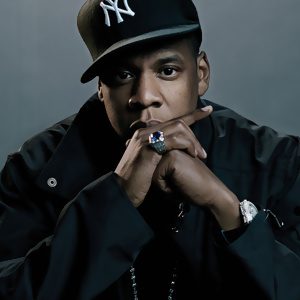 Jay-Z said, “But I 100 percent agreed with the comments that he (Kanye) made because again … it felt like it was being done to black people. Like all you saw on the news was black people on the news with help signs and all this stuff, and then you have this picture of the commander in chief, who we all rely on, just flying by. It’s like, what is that? … If that had happened anywhere else besides New Orleans, would the response (have) been so slow? Would Bush (have) been on the ground? You have to ask these sort of questions. Just the fact that he thinks that the worst thing that happened to him is Kanye saying something about him. Like, what? That alone shows you where his mind is. Are you kidding me?”

The true measure of our thanksgiving

Michael Vick taught us all something

The Universal Principles of Kwanzaa

The Lack of Appreciation for Women

The Nation of Islam is a hate group? Not!

No longer a Fatherless Father’s Day!