Ebony S. Muhammad (EM): Congrats on your upcoming film Shaded Smiles, a film that revolves around respecting and protecting women and girls. Before we delve into the message of this documentary, can you share a few details about the work you do in videography and how you were introduced into this field? 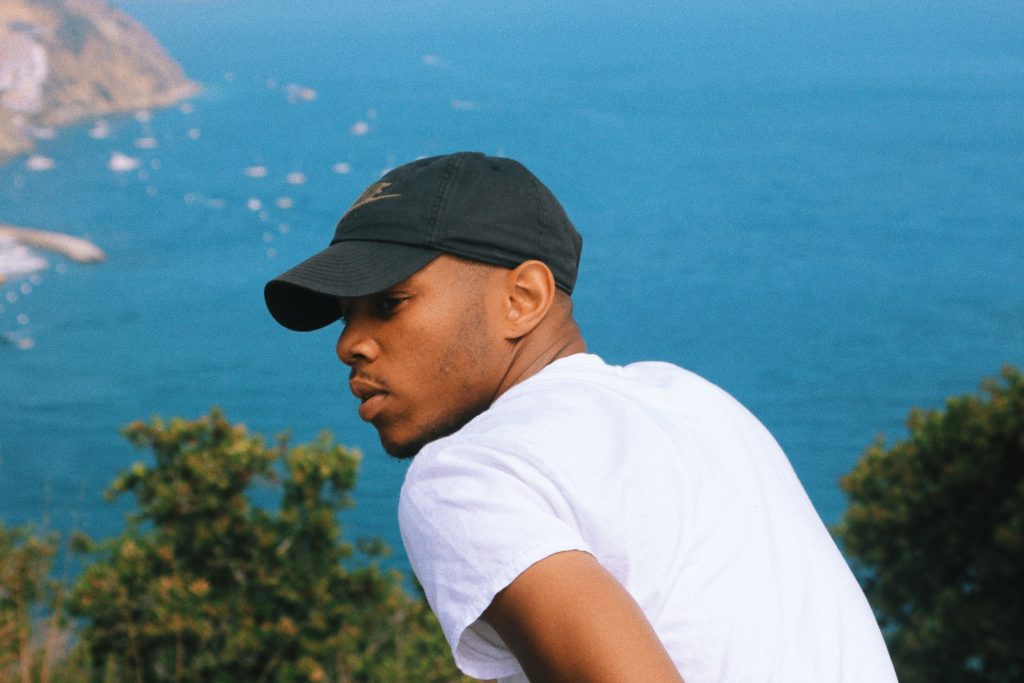 D.Roe: Yes absolutely, and thank you Sis Ebony for the opportunity to be featured in H2H! For those unfamiliar, I go by D.Roe. My journey in videography started a few years back and was primarily music based as a part of a collective by the name of NuWorld. Over the span of three years as a self taught editor and videographer, I continuously worked to perfect my craft day and night.

Naturally I got better and better with each project and with that, my passion for visual arts grew right along with it. As a freelance videographer/editor in the city of Chicago, the competition is thick, but I’ve always said there was enough for everyone to eat. With each music video and event recap I did, my notoriety began to grow within the creative community.

Along with freelancing, I was working a job where I was getting really good pay, but I wasn’t satisfied nor happy. I wanted to take my passion to the next level and naturally, in my mind, that next level was film. I decided to take a leap of faith and by far the riskiest decision I’ve ever made. I literally up and quit my job, cold turkey, and enrolled into Film School. A year and a half later, it is one of the best decisions I’ve ever made. 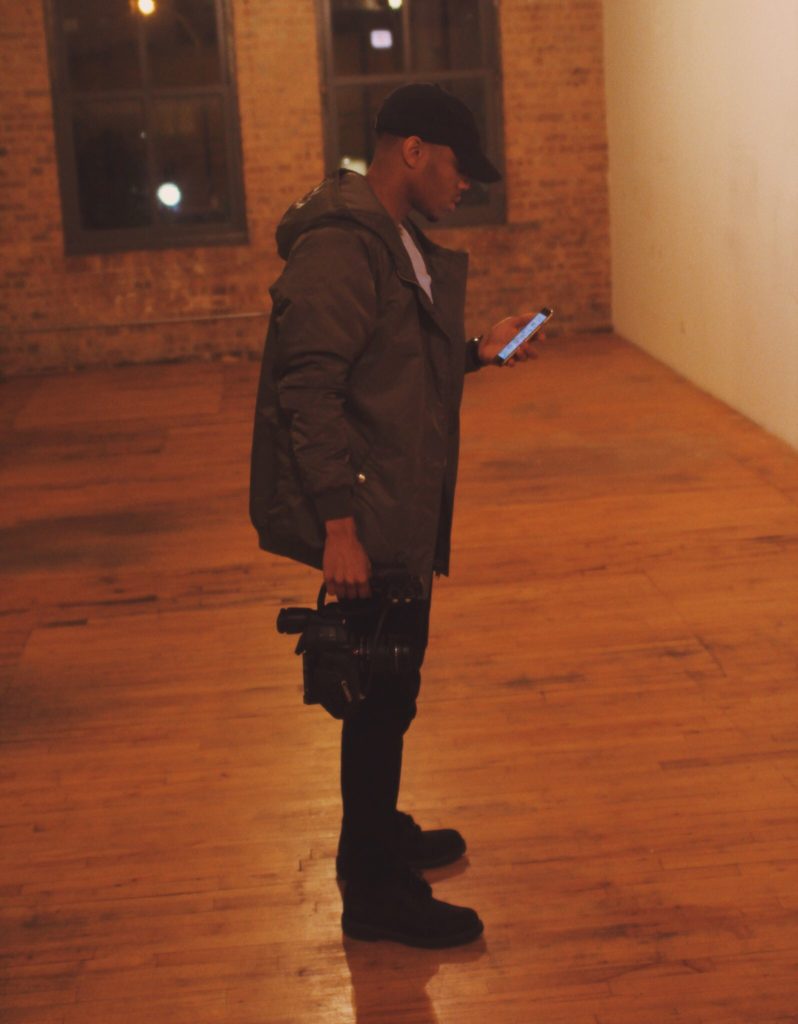 EM: What inspired the film Shaded Smiles? How did the idea come about?

D.Roe: One night I was up thinking about the condition of our people. I knew I wanted to make a short film that spoke to it and I had been brainstorming all summer on the direction I wanted to go. I felt as if Allah was putting pressure on me to create something of meaning.

I made a list of 5 things that are “issues” in our community. 1, being black on black crime and us killing one another. Something I know all too well being from Chicago. 2, being the disrespect of our women and girls. This one in particular spoke to me.

The next morning, literally in the back of class, I FaceTimed one of my brothers, Immanuel. We had been bouncing ideas back and forth all summer, but I knew this was the one. I told him the direction I wanted to go in, and 30 minutes later he emails me a monologue, which would turn out to be the pivotal point and the actual opening of the script/film. 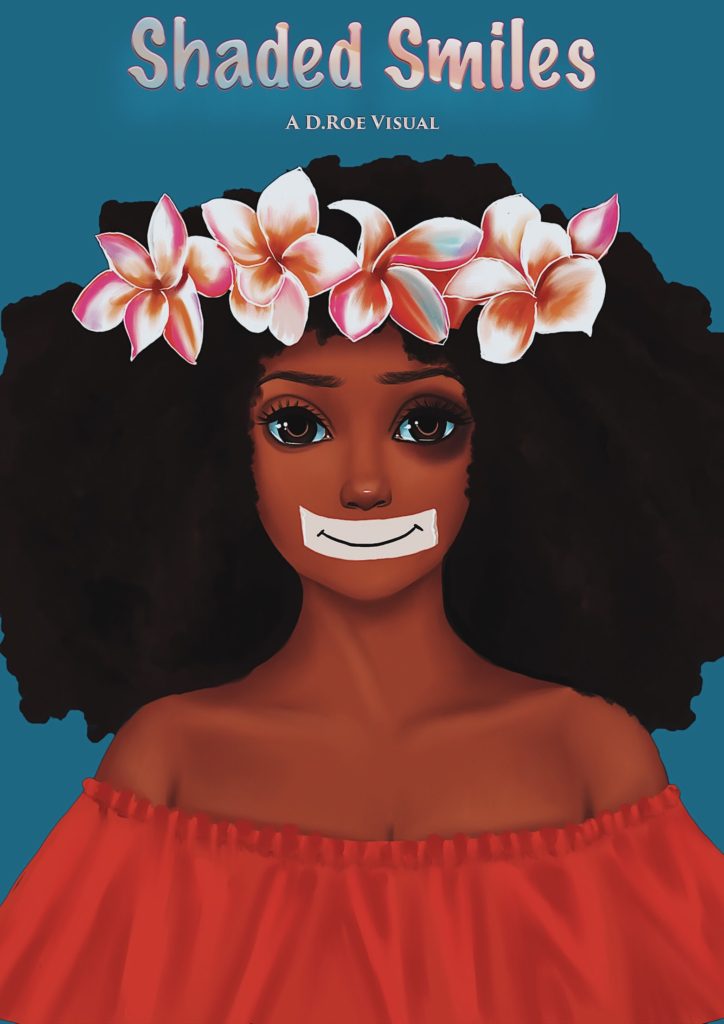 EM: In what ways has the disrespect and abuse of women and girls effected you as a man?

D.Roe: I’m really sensitive to things like that. As the oldest child and having three little sisters, I grew up being very protective. It’s really a sick world we live in, and a lot of men have sick mindsets. As a young man, I’m around it every day and see it first hand with my peers and associates.

Women and girls are like prey, and unfortunately we’ve become desensitized to this sick way of thinking and it has become the norm. It’s especially prominent in Black culture where we’re hip hop heavy and the music supports that way of life.

At one point in time I was literally afraid to have a daughter for this very reason. I did a study and found that 1 out of every 4 Black girls under the age of 16, experience sexual abuse. In a world where someone can record a guy hitting a girl, and no one steps up to do anything about it, it really makes my blood boil. I just want to change the narrative.

God willing when I marry, my wife and daughter(s) will be treated like the queens they are, and my son(s) will understand the value of their mom, sisters, and women/girls alike. It starts at home. 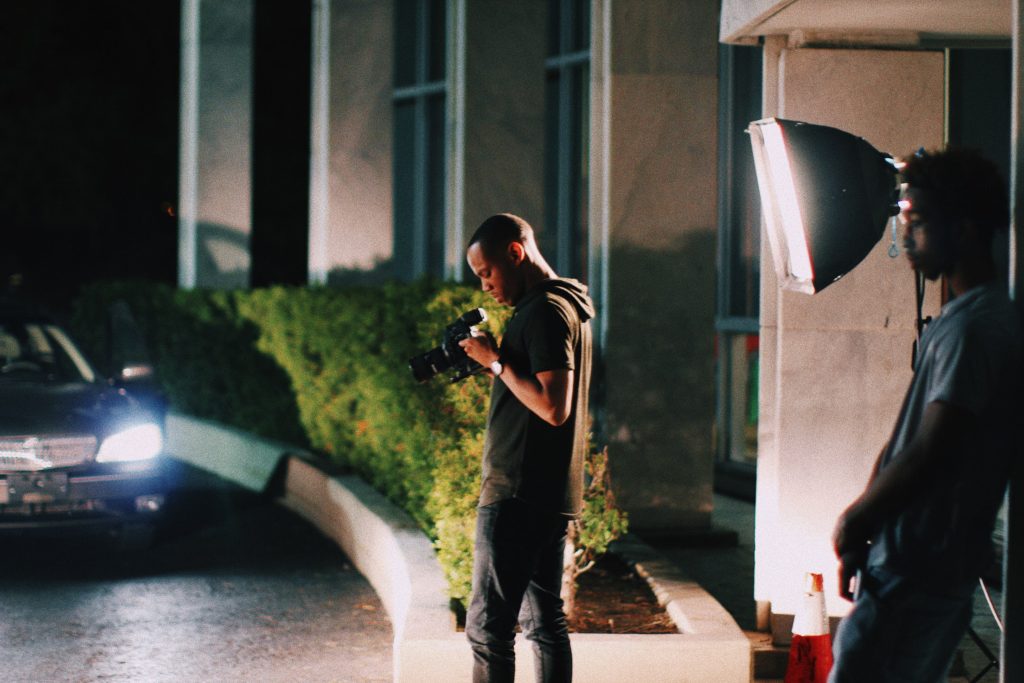 EM: How powerful is the use of imagery when getting messages out to the world?

D.Roe: I think imagery is one of the most effective methods in getting a message across. It shapes how we view the world. Those who create imagery are very powerful, whether it’s for good or evil. Film is a very powerful medium and a good filmmaker is able to interpret what they want to say and frame it in a way where the viewer is entertained, informed, and impacted. Imagery is used to “move” people, from imagery in propaganda, marketing, even religion. The fact that we have picture of a “white Jesus” is by design. With technology advancing and this age of social media we live in, imagery is becoming more and more prevalent.

EM: What can viewers expect from the film? What do you hope we will take from it after watching?

D.Roe: Quality and exceeded expectations. Though the story of Shaded Smiles isn’t necessarily “plot” driven, it will still give you that rollercoaster like feeling and take you on a journey.

The story itself is centered around the lives of four girls who are in a living room hanging out and having a conversation, which would eventually spiral out of control. It will cover aspects of domestic abuse, sexual abuse, insecurities etc., but all wrapped up and balanced in a way where it isn’t so dark and depressing, but hopefully informative and inspiring.

EM: There is currently a fundraising campaign for Shaded Smiles. What has the response been like since launching and how can the readers contribute?

D.Roe: Yes, the response has been amazing thus far, and my team and I are super grateful for everyone who has supported the fundraiser! We definitely couldn’t get it done effectively without you guys (although I’d try :-)), and it feels good to know that I have the support and people out there that back what it is we’re trying to do. You can find our fundraiser at https://igg.me/at/shadedsmiles/x or go to indiegogo.com and search “Shaded Smiles” in the search bar. Every dollar counts and we appreciate your help!

EM: Is there anything else you would like to add?

D.Roe: Unrelated, but we’re here on earth for a short time, do what you love! I promised myself that while I’m here, I’m going to leave my mark on this world, make an impact, and leave something of greatness that will live on far longer than me. I’m in the process of following my dreams, and I’m extremely thankful for those who support me and who are with me on this ride. Thank you Sis Ebony!

EM: Awesome! Thank you for the work you are doing to continue to bring critical subjects like this to light. May Allah bless you with great success!

The Psychology of Rumors: Why They Spread & How To Avoid Being Misled

The Final Call Chronicles: Delivering A Recliner To A Community Elder!

Youtube’s Unjust Termination of Brother Ben X and NFA on the Way!

CHILDREN OF THE MOST HIGH: Sweet Sixteen

AUDIO:: The Power Of Our Testimony and The Need For Stronger Witnesses