In a time when some people believe that female Hip-Hop artists have become extinct, Queen Yonasda (Pronounced Yo-Naja-Ha) is on the verge of releasing her highly-anticipated debut album “God.Love & Music”.

The album will be released July 7, 2009 and available everywhere digital/retail and ringtones. You can pre-order it today for $9.99 through http://www.myspace.com/queenyonasda

The music video for her single “Pow Wow” and a snippet for “You Don’t Want No Problems” f/ Cappadonna has been launched. It was produced by New York West Entertainment and directed by Chris Rogers. It was filmed in her hometown Phoenix, AZ. 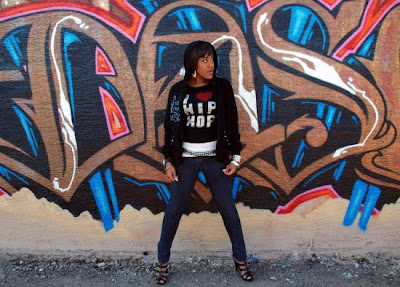 More coverage of the Scattered Pearls Conference in Fort Worth,Texas!!

FULL REPLAY:: Farrakhan Delivers the 2017 Saviours’ Day Keynote Address: “Have No Fear…The Future Is Ours!”

VIDEO:: For those wondering why the Honorable Minister Louis Farrakhan chose not to release the now controversial 2005 photo