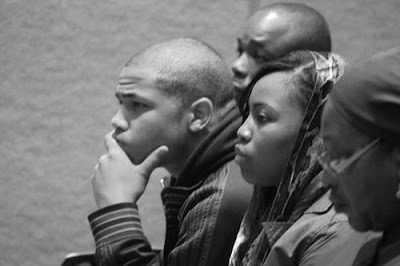 Thousands more have now arrived in the Windy City and the workshops were set in motion.

The Final Call team of writers were sent to every corner of the Stephens Convention center to cover sessions that touched on many subjects.

The opening session featured Sister Ava Muhammad under the theme New Educational Paradigm. We then had a beautiful Jummah (or congregational) prayer led by Brother Ishmael Muhammad.

I got assigned to cover workshops The Theology of Chess, Honoring Parents, Master Mathematics, the Ministry of Education, and the Ministry of Agriculture. Sounds easy right? They were concurrent and on opposite ends of the convention center! Good exercise (smile) 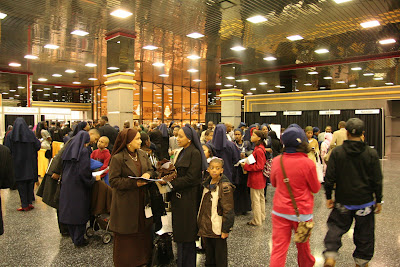 Other workshops included The Miracle of Milk, Making Media Work For You, Home-based Businesses, Changing the World of Credit, and Love Without Abuse. There is plenty for everyone.

The evening was capped off with “TaHa: The Final Call Symphonic Suite” presented by Mother Tynnetta Muhammad. She was given a special introduction by the Honorable Minister Louis Farrakhan, who personally sponsored this event as a gift to everyone in attendance at the convention. 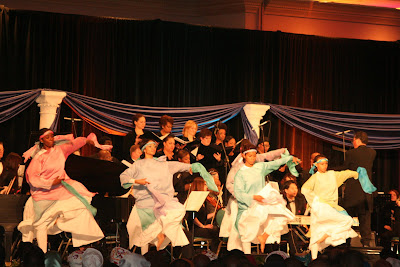 The symphonic suite featured a full score with a chorus and a choreographed ballet featuring guests and artists from across the world. The Musical Director and Arranger of this score is Mr. Philip (Xiang Fei) Lin, who is originally from Shanghai, China. 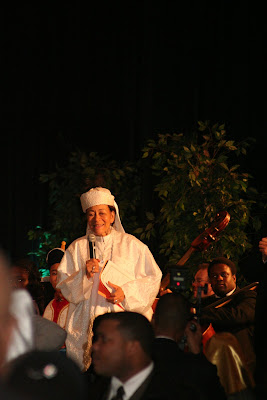 The room was packed and everyone thoroughly enjoyed the entire program. The music resonated a divine energy that would have captured even the attention of a person who does not care much for classical music. The musical composition is based on the 20th Surah (or chapter) of the Holy Qur’an.

Read more about today’s events in an upcoming edition of The Final Call Newspaper. Until then here are a few more pics.
Saviours’ Day 2009 continues!

Invisible No More: Over 700 stand in unity in Houston for the Justice for Janitors