Here are a few photos I really like in my collection.

The first one is Bro. Ray Muhammad of Houston sleep with his one-year old son Sultan at Chicago O’hare airport back in February 2009 during a long flight delay due to weather. I was extremely restless so I pulled out the Rebel XT to pass by time. Who looks tired the most to you? 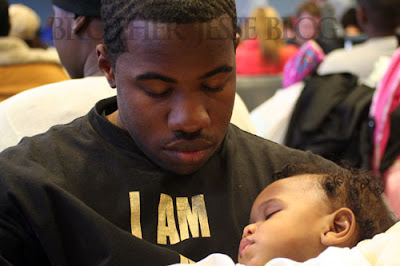 This second one is during the 9-city Grassroots Media Tour that I was apart of in October 2008. This shot was taken at the Pork and Beans Project Housing in Miami, Florida. These children were attending a birthday party, hence the moonwalk, so they took a little break. You think they wanted to take this photo? 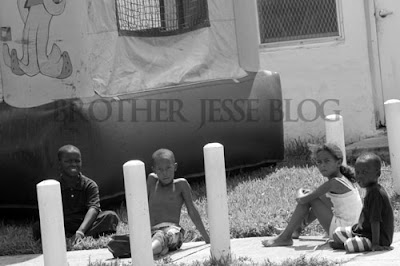 These and more will be presenting during my upcoming art and photo exhibit “The Return of the Renaissance Brother”…..stay plugged in.

Blog Interview: The Final Call’s Ashahed Muhammad on the grounds in Geneva, Switzerland for the UN’s Durban Review Conference

The Characteristics of Leadership: How Do You Measure Up?

CHILDREN OF THE MOST HIGH: Eating to Live While Pregnant or Nursing

Behind the Scenes of Starting A Magazine (Part 1)

â€œKeeping Up with the Jonesesâ€: One-on-one with public relations expert Ashley Minor

The Final Call Chronicles: “Young people will follow us if they know that we are for their success.”