New Orleans is standing up!

I arrived into the city Friday (March 27) and went straight to the venue from the airport for the Liberation Hip-Hop Concert at Cafe Lazziza. The sounds of liberation came from New Orleans, Detroit, Brooklyn and even Gaza. Yes an artist flew in from Gaza to perform! The concert featured the legendary Wise Intelligent (Poor Righteous Teachers), Invincible, Mohammad Al-Farra, Sabreena da Witch, Truth Universal, and Dee-1.

I was invited to be the featured speaker so I had the opportunity to share some empowering words with the audience. Thank you to the festival directors Emily Ratner and Jordan Flaherty for the invite. I met a lot of great people and got invited to speak at some other places across the country.

On Saturday, March 28, I attended the ‘Yes We Care’ Stop the Killing Rally at Armstrong Park. It was spearheaded by Rev. John Raphael of New Hope Church, who is tired of the unceasing Black on Black violence–so he decided to put this in motion to forge change. 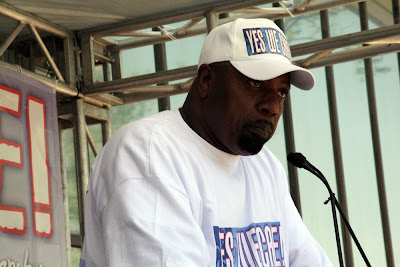 “We have to show these young boys that somebody cares”, he told me in an interview.

Story after story was told by paining mothers, grandmothers, fathers and children who have lost loved ones (most young Black boys) to senseless violence. Tears flowed from their eyes as they pleaded for an end to the murders. 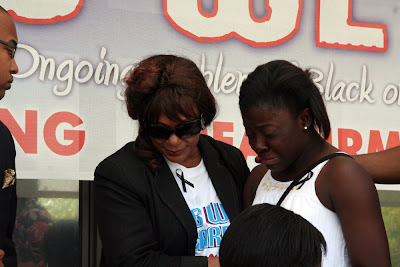 Mayor Ray Nagin made a guest appearance and asked the question, “Where is the Black love? We have to get back to caring about our neighbor and looking out for one another.” 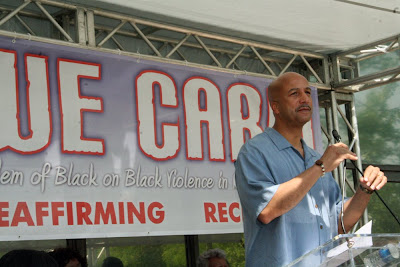 Nation of Islam Student Minister Willie Muhammad challenged all men in the crowd to take a stance by joining him and others every Saturday for one hour to “go into the projects and talk to our people. We are going to work like hell to make sure stories like these today come to an end”, he said. 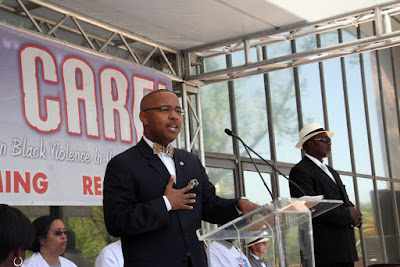 There was also a performance by seven unified local school bands, who put aside rivalries to make one sound. That was the essence of today’s event…putting labels to the side to unite under a common cause. 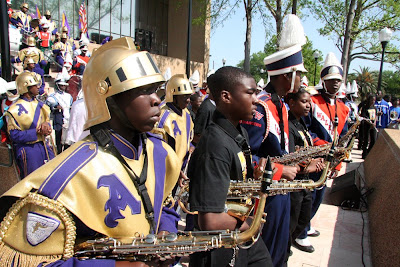 Look for more coverage on this event in an upcoming edition of The Final Call Newspaper. More photo highlights below. 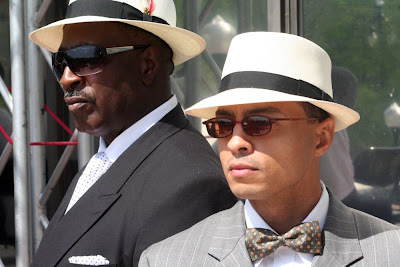 (Fruit of Islam on security: Photo by Jesse Muhammad) 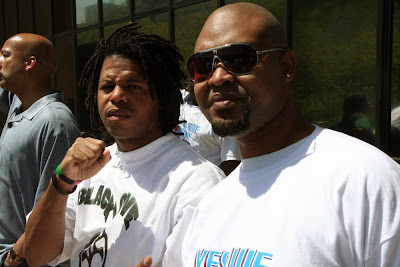 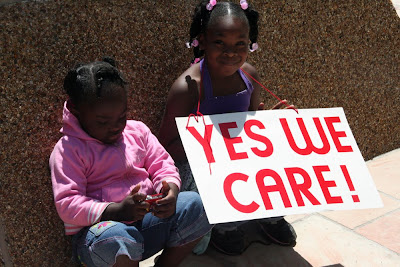 (The sign and smile says it all: Photo by Jesse Muhammad) 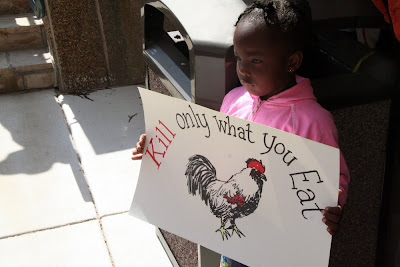