New Orleans, La. – Hundreds of Black men could be heard chanting, â€œMan Up,â€ as they marched through the streets of New Orleans to the beat of Djembe drums in commemoration of the 19th Anniversary of the Historic Million Man March. Black men from all walks of life answered the call to action by Brother Willie Muhammad, student minister of Muhammad Mosque No. 46 of the Nation of Islam, Saturday, October 25, 2014 and made their presence known throughout the community. The march began at 9am at Hunterâ€™s Field and ended at Congo Square in Treme’ where the rally was held.

Recognizing that the wretched condition of the Black community was weighing heavily on the hearts and minds of many in the city, Brother Willie reached out to other community activists to aid in the galvanizing of 1,000 Black men to commemorate the Historic Million Man March and to reinvigorate hope in the restoration of Black men in the city of New Orleans.

â€œI sought advice and support from some of the many people whose work in the community I respect. I shared the idea with them, asked them to help, and they immediately agreed to do so. What better time to do so than during the time when the greatest gathering of Black men in America took place?â€

From that conversation, the Local Organizing Committee was formed which included: Brother Shack of the True Love Movement, Sister Meshawn Siddiq of Mosque #46, Brother Lloyd Dennis of Silverback Society, Greg Rattler of the Fatherhood Consortium, Walter Umrani, of Mosque No. 46 and Oliver Thomas, Host to the Morning Show on WBOK of 1230. 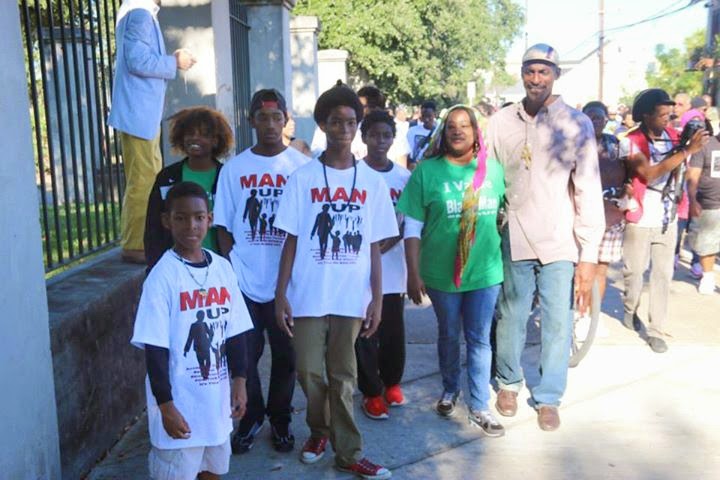 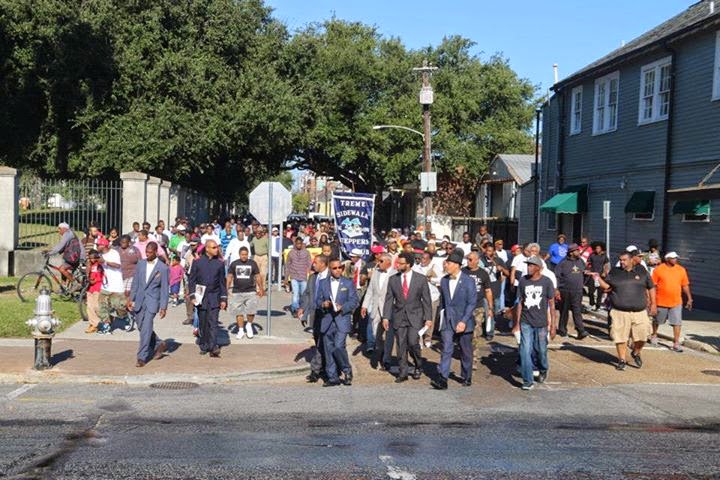 The group began meeting weekly to plan the Man Up March in late June. The organizing committee officially launched the planning and promotion of the march/rally on August 9. Following the blueprint that was used to make the Historic Million Man March a success, the organizers invited one hundred community activists to a community meeting to share with them the ideas behind the march/rally and to ask each of them to make a commitment to recruiting ten Black men to attend the October 25 event. The meeting was a success. The room was filled and everyone was excited about the upcoming march/rally.

â€œOur community is a wheel, and our people are the spokes in it. Through the process of tuning, each one of us must adjust the tension of our respective spokes in order for our community to have the quality ride it deserves and once that wheel makes a complete turn, it is at such time we will have revolution,â€ said Brother Shack, when asked about the success of the August 9th meeting. Immediately, organizers began working diligently to setup meetings with various organizations, social aide & pleasure clubs, churches, Hip-Hop community members and others seeking their participation and support. 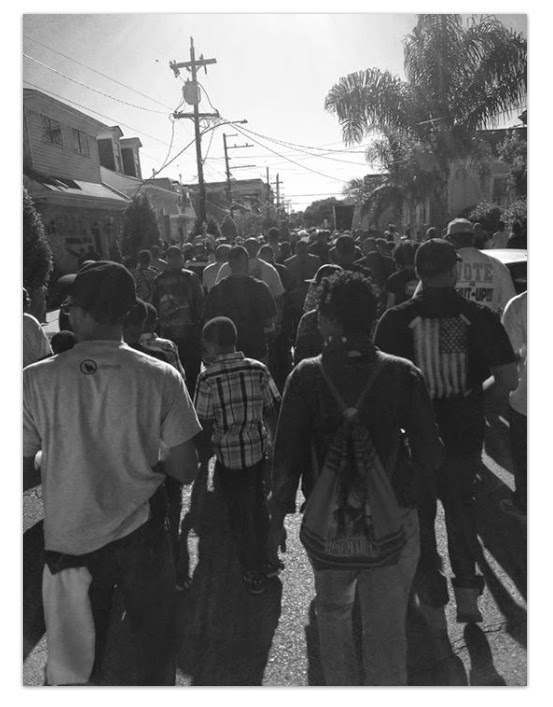 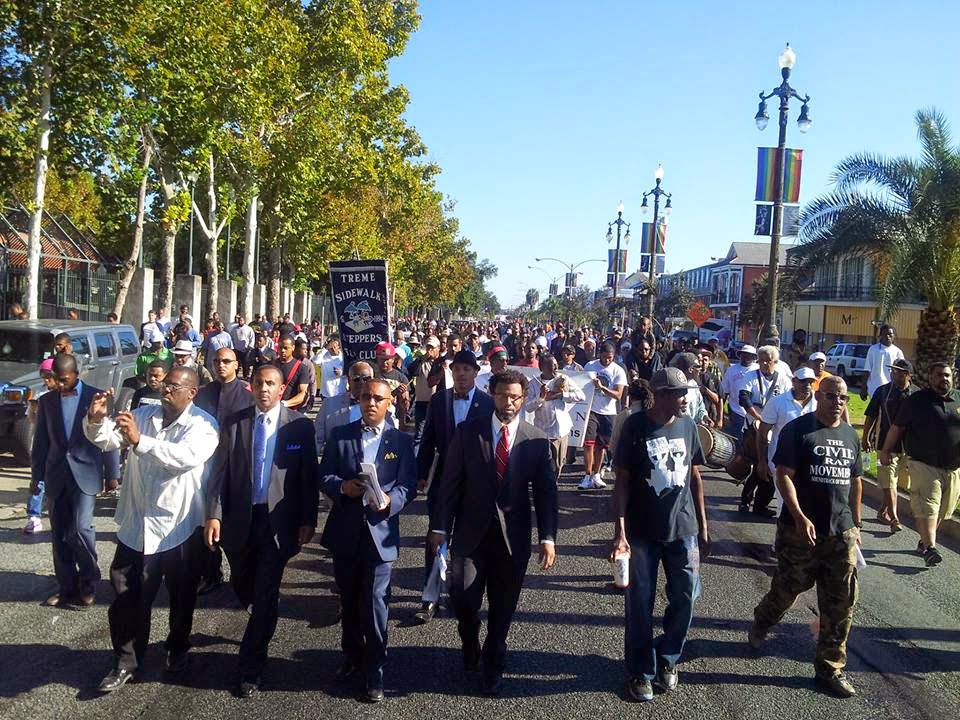 â€œThis march will be the defining moment for black men in this city. This is the time and this is what must be done, for our wives, our children, our community and indeed for our very existence,â€ stated Brother Asad, a local entrepreneur and member of the local organizing committee.

â€œThe purpose for the Man Up March is to address several issues that are impacting the Black community and overall city. We want our community to see a large gathering of Black men from diverse backgrounds standing together in solidarity. This event will not just be a march and a rally. This is not a one day event. I see this march/rally as an extension of our years of work in this city. This march/rally is a call to action to address eight key issues impacting our community as well as commemorating the Historic Million Man March,â€ stated Brother Willie Muhammad.

Those categories included Prison and Education reform, Arts & Culture, Political Engagement, Youth Development, Health, Violence Reduction, and Economic Development. For each targeted area an independent panel determined which groups would represent each area on the day of the march/rally. The goal was to get every man to sign up and begin service work to effect a change in those specific areas.

The Local Organizing Committee also used the power of Hip Hop to help promote the Man Up March as well. â€œI think the use of Hip Hop music made younger people who may or may not have paid attention gravitate towards the march and rally,â€ said New Orleans Hip Hop artist, J-Lyric, who participated in the recording of the Man Up March Anthem.

Other participants on the Man Up March Anthem were New Orleans Hip Hop artists P.M., Cfreedom, Kunta Fly Snooka, Peter Muhammad, Young Pro, Mannie King, and Truth Universal. The lyrics contained content about Black History, the significance of Minister Farrakhan to our peopleâ€™s liberation and the call for Black men to Man up. The video will be released soon. The MGT and Jr. MGT also came together to create a song to help promote the march and the challenges that Black males in America are faced with.

Even though the call was for 1000 plus men; on the day of the march it was very evident that the organizers were not trying to overlook the value of women in their community. One of the memorable moments of that day was when the men entered into Congo Square and were greeted by the many Black women anxiously awaiting their arrival. Some held up signs and some wore, â€œWe Value the Black Manâ€ T-shirts, while repeating, â€œWe love you Black Man.â€ The brothers were greatly touched by the sisterâ€™s reception of them. Some brothers shared how the sight of the sisters cheering them on caused their eyes to water. Amongst the women in support of the march were speakers, Carole Bebelle, Russ Ramsey, and Meshawn Siddiq. 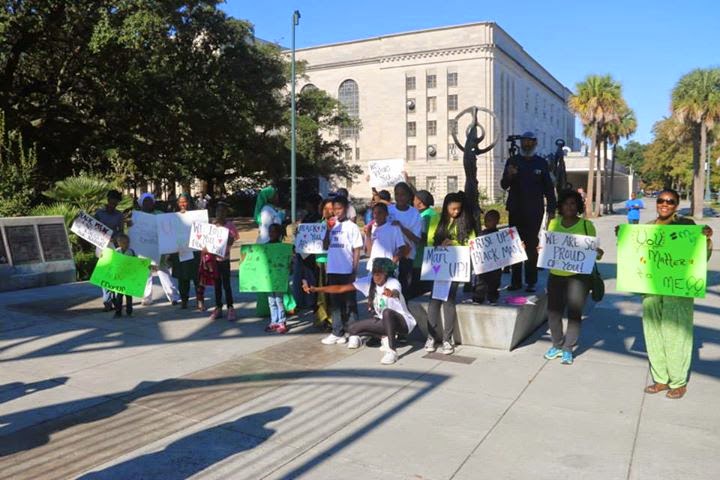 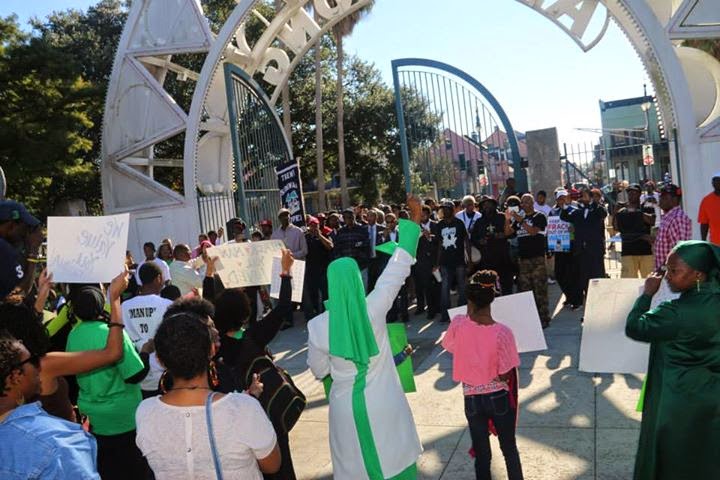 The Man up March was an opportunity to reverberate the actions of the Million Man March. Minister Farrakhan asked Black men to recommit themselves to being better fathers, husbands, brothers, sons and men in general, confront contemporary social realities of life, shoulder responsibility, and reconcile differences between each other. This sentiment was passionately expressed by a well-respected community activist in New Orleans.

Jerome Smith, leader of the Treme Community Center, addressed the crowd by saying, â€œI need not tell you what to do because you were told on that day in Washington, D.C., by the Minister to come back home and do service. Where are you this morning?” he asked, reminding everyone of what Minister Farrakhan asked of them at the original march in 1995.

The musical performances and spoken word artists was reminiscent of the traditional New Orleans culture. The brothers were serenaded by New Orleans female vocalist, Tank of Tank and the Bangas as she sung â€œBlack Brotherâ€ by Angie Stone. Members of the poet community performed several of their pieces as well. Black men surrounded the platform to pay homage to the community workers who passed away and shouted, â€œLong live the spirit, of the Million Man March!â€ Believers in the Nation of Islam and supporters of the march traveled from all over the Southwest and Southern regions to be a part of this defining moment in the city of New Orleans. The reactions to the message of the many speakers produced an atmosphere of harmony and brotherly love.

â€œIt was an honor today to stand in solidarity with so many brothers for change. There were young brothers, older brothers, NOI, Rastas, Nation of Gods & Earths, Christians, Muslims, hood brothers, suburban brothers, poets, preachers, babies and sisters supporting them. I know I said I wasn’t marching anymore but I’ll never forget this day,â€ said Lautew Earth, who attended the march with her family.

â€œThe 1,000 man March/Rally was indeed a success with the men who walked and the females whom greeted us upon our arrival at Armstrong Park,â€ said Shedrick Roy, who brought a 9 year old young child with him. â€œTo walk in that park and see two of my favorite females was touching. They were putting stickers on the men and saying supportive things. The 9 year old and myself were happy and felt a sense of pride! Thanks Minister Willie Muhammad for doing what so many wouldn’t. I only pray that more people will participate in future events. My vision is an event on a business day morning on Poydras and Claiborne, Rampart and Canal, which will bring traffic to a pedestrian halt! In hopes of economic parity, we must wake up as a people,â€ he continued.

The rally concluded with Brotha Shack echoing the Million Man March pledge and reminding men to strive to improve themselves spiritually, morally, mentally, socially, politically and economically for the benefit of themselves, their families, and their people.

Some of the initiatives that will be planned after the march will focus more on countering the negative image of Black men. Man Up organizers are also planning a city wide atonement meeting to help resolve conflicts between groups and activists. 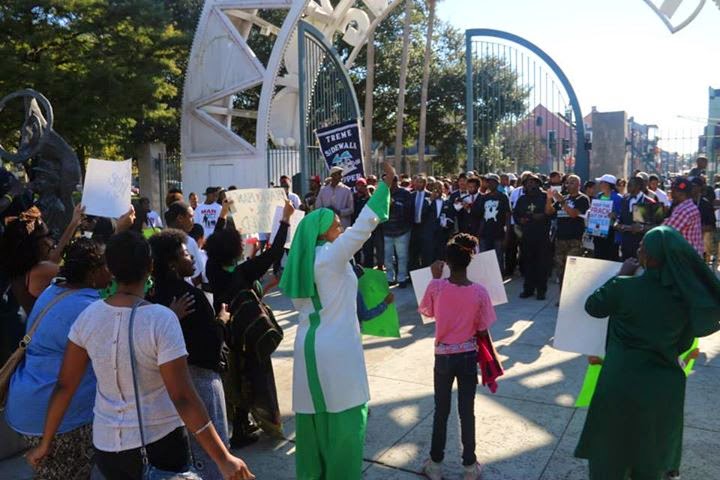 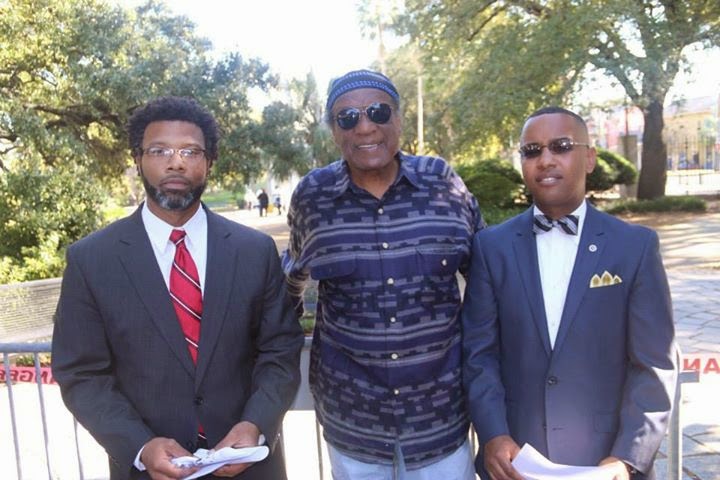 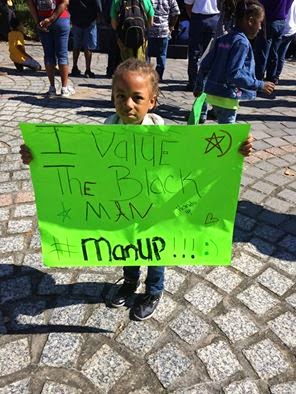 Discussing #BlackLivesMatter, the Teachings 2.0 of Minister Farrakhan and social media warfare on Thru The Eyes of Faith

Interview with Ali Salahuddin of African Genesis Institute: ‘Many lament about the condition of our young people but offer few solutions.

One-on-one with Houston’s First Lady of Hip Hop star TroubleSum: “I won’t do whatever to get on”